A film based on a tale by the famous Hasidic rabbi, Rebbe Nachman of Breslov, has won several film awards. “Talking to God” directed by Jerusalem-based filmmaker Maya Batash has won the award for Best Director and best actor at the Florida Comedy Film festival. It also won best comedy feature and best international feature at the MiraBan UK Film awards in addition to other honors.

Jerusalem-based actor and director Batash spoke to the Jewish Press about her new-found success.


“This film is universal because it’s based on the important question ‘what makes a person happy,” Batash said. “Is it dependent upon what we have, or is it dependent on something else?” 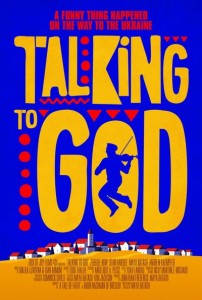 The film follows the story of Rebecca, played with humor by Batash, who after a bout of insomnia, travels to Uman, Ukraine to seek spiritual answers. The film was partially filmed in Uman and partially in New York.

As Rebecca continues on her journey, the film focuses on the joyous Fixer, played by Zebedee Row, and a grouchy media mogul played by Sean Haberle. Both actors won awards for their portrayals.

The original story was written by Nachman of Breslov (1772 –  1810) the hasidic rabbi famous for his folk tales and esoteric teachings. His grave in Uman has become a pilgrimage site for thousands.

In the original tale, a King goes on a quest to find out if his subjects are truly happy. He finds a destitute man who despite his poverty is the happiest man in the kingdom. “I wanted to connect the two stories,” Batash explained. “I tried to modernize Rabbi Nachman’s story and connect it to this modern-day one woman’s journey. Since we don’t live in an age with little villages with a king, I turned the character into the king of Hollywood. The basic story premise and message is still there.”

“It’s not a film just for Jewish people,” Batash related. “It’s how to connect to oneself, one’s own soul, and have more clarity. That’s something anyone, no matter their religion, can relate to. ”

Last year the film was screened at the Cinematheque in Jerusalem where most of the audience laughed and seemed to identify with the Jewish aspects of the film. Many had personally been to Uman and knew much of Rabbi Nachman’s teachings.

By contrast, this year’s film festivals in America, Australia and England were not filled with Orthodox Jews and yet the film went over quite well.

American-born Haberle has appeared in TV shows such as The Good Wife and Law & Order. Australian-born Zebedee Row has appeared in a series of shorts and works as a musician. Despite the Jewish influence, neither actor is Jewish nor were most of those who appeared in the film.

Row spoke to the Jewish Press about his role. “I would agree that it has a universal feel revolving around a higher power or religion,” he explained. “Maybe some of the story, characters and jokes are familiar to the Jewish community. My grandparents, who are devout Italian Catholics watched and loved the movie. Alternatively my wife, who is an atheist, also loved the movie. Maybe there’s some slight bias in their opinion but I’ll take it none the less,” he said.

Row and Haberle were proud to pick up awards for their part in the movie. Row called it “sweet,” adding, “I can’t say that I personally pick up many best actor awards, so it was a great honor.” His energetic portrayal of the Fixer who has nothing, but is the happiest man in the world included enthusiastic dancing and singing.

His latest role in in a film called Stars Fell on Alabama scheduled to be released in January 2021. In between acting, he also performs in a band called ZEBEDEE.

“It was great to see the reaction of people from all walks of life,” Batash said. She attended the Florida Comedy Film Festival, held just before the COVID-19 pandemic. “A woman who identified as an atheist came up to me and said she loved the film and got something out of it,” Batash related. “It was really nice to see that it didn’t matter what people’s beliefs were. There is a universal message of connection to a person’s own self and happiness.”

The subsequent film festivals were held online due to coronavirus. “Initially you might say it wasn’t so great that the film festivals were online,” Batash said. “But at the Kansas City Film Fest International over 300 people saw the film online. I don’t know if that many people would have showed up at a live screening.”

Batash is anxious to get moving on her other projects. She has two completed scripts, both comedies. In the meantime, she is continuing her promotion of the film and enjoying its success.

“I’m grateful for the success, but it’s less about me, it just raises the awareness of the film,” the director explained, “so that more people will want to see it and get something out of it. That’s what gives me the most joy.” 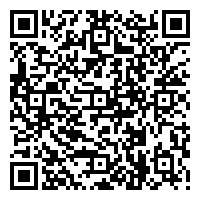