Will Saudi Arabia follow the United Arab Emirates, Bahrain and Sudan in having a peace treaty with Israel ? Signs are that it might.

Knowledgeable sources say there was a time Saudi Arabia functioned as one of the two key centers of radical Islamism in the Middle East, the other being Iran. The Saudi religious establishment (and some Gulf charities) invested billions of dollars into like-minded organizations around the world to wipe out the pluralism of original Islam and install in its place some dark order. In the 9/11 episode, 15 of the 19 hijackers came from Saudi Arabia. Later, several thousand Saudis joined the Islamic State. The Saudi government allegedly funded some notorious Islamic State’s fighters. Besides, the Kingdom functioned as some kind of a terror entity to its own citizens, women and minorities in particular.


The Saudi scenario is no longer so.

The dominant mood across the public spectrum in Saudi Arabia (and the entire Middle East) today is in favor of economic development and regional peace. It favors normalization of relations with the Jewish State of Israel. With the advent of the communication revolution and the social media fora, more and more people in the Saudi Arabia are now coming to know about the real secular, benevolent nature of Israel. They seem to be inclined to the view that normalization of ties with the Jewish State would pave the way for stronger political, economic, and military cooperation among the nations in the Middle East and foster multi-faceted development in the entire region.

Official relations between Saudi Arabia and Israel have improved a lot in recent years. Riyadh still has no official diplomatic relations with Jerusalem. In 1947, Saudi Arabia voted against Israel in the United Nations Partition Plan for Palestine. It sent its troops to fight against Israel in the 1948 and 1973 wars. Things are, however, changing fast. There have been extensive behind-the-scenes diplomatic and intelligence cooperation between Riyadh and Jerusalem. Saudi and Israeli officers have met in the joint war room coordinated by Jordan and the United States.

Israeli Prime Minister Benjamin Netanyahu views Saudi Crown Prince Mohammad bin Salman, the country’s de facto ruler, as ” very important for the stability” of Saudi Arabia, the region and the world. MBS represents relatively progressive forces in the region. He has been encouraging the kingdom’s religious education system to replace its “extremist narratives” with “a moderate interpretation of Islam.” In tune with his desire , Imam of the Grand Mosque in Mecca Abdulrahman Sudais today stresses the Prophet Muhammad had friendly relations with Jews. In the past, the same Sudais would describe Jews as “killers of prophets,” “the scum of the earth,” “monkeys and pigs,” and so on.

The sources say Riyadh is in favor of better ties between Israel and other states. In 2018, Riyadh permitted Air India to overfly Saudi airspace when it launched a flight from Delhi to Tel Aviv. Recently, when the UAE signed the US-brokered Abraham Accords with Israel, Saudi Arabia joined Bahrain to open its air space to eastward flights from the Jewish State.

Broadly speaking , Saudi Arabia and the UAE share a common world view. They share extensive political and cultural ties with each other. Saudi Arabia and the UAE collaborated closely during the 2017-18 Qatar diplomatic crisis and backed anti-Muslim Brotherhood regimes in Libya, Tunisia and Egypt. Saudi-UAE relations have improved a lot with the rise of Salman in the kingdoms.

Saudi troops helped Bahrain quash mass anti-government protests in 2011. Bahrain might not have established diplomatic relations with Israel without Saudi consent. After Bahrain agreed to a peace treaty with Israel, Riyadh opened its air space to Israeli commercial flights.

Pertinently, Bahrain had been waiting for a conducive regional atmosphere to have diplomatic ties with Israel. It has long been home to a Jewish community. It was the first and, so far, the only Arab state to appoint a Jew as its ambassador to the United States.

There has been a sea change in Saudi-Sudan ties since the 2015 Yemeni Civil War. Sudan expelled Iranian diplomats from the country and sent troops to fight alongside Saudi troops in Yemen against the Houthis. Sudan is no longer under an authoritarian regime led by Omar Bashir who had come to power in a military coup in 1989.

Most importantly, Saudi Arabia and Israel share a common threat perception from Iran, Turkey, Hezbollah and the Islamist extremist insurgents. Riyadh perceives Tehran as constituting an existential threat to it today. In September 2019, Iran attacked Saudi oil-producing facilities and paralyzed a considerable part of its oil industry. Riyadh may be calculating cooperation with Israel, arguably the most powerful military power in the region, could be the best answer to meet this threat.

Needless to mention, the Palestinian issue no longer appeals the Saudis. Crown Prince Salman has stated his kingdom will not forge an alliance with Israel unless the legal rights of the Palestinians are accorded to them. But this may be for mere public consumption. The Saudi ruling elites are bitter that then Palestine Liberation Organization supremo Yasser Arafat backed Saddam Hussein when the latter took over Kuwait in 1990. They are bitter also over the fact that the Palestinians violated the Mecca Agreement of February 2007 and Fatah has not reined in Hamas, an offshoot of the Muslim Brotherhood. The Saudis also do not like that the Palestinians today are willing to accept aid from Iran. 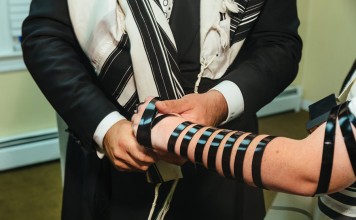