The Rylands Haggadah, created in Catalonia Spain sometime around 1330, is a towering masterpiece of Jewish Art. In addition to pages of piyutim surrounded by ornate decorative and figurative micrography, richly decorated Haggadah text and blessings, there is a 13 page miniature cycle depicting the Exodus story from Moses at the Burning Bush to the Crossing of the Red Sea. This breathtaking work of art has not gone unnoticed. A full-scale facsimile of the Haggadah with a scholarly introduction and translation was published by Harry N. Abrams, Inc. in 1988, aspects of which were reviewed on this page in March 2001. More recently the Rylands Haggadah was extensively compared to its “Brother” British Library Haggadah in Marc Michael Epstein’s “The Medieval Haggadah (2011)” as well as Katrin Kogman-Appel’s briefer investigation in “Illuminated Haggadot from Medieval Spain (2006).” Evidently one can even buy it as an iBook from iTunes. But most significantly for us, this diminutive gem is currently here in New York at the Metropolitan Museum of Art until September 30 as part of a series of loans of Hebrew manuscripts funded by the David Berg Foundation. It is not to be missed.


The Met’s presentation under the supervision of curators Barbara Boehm and Melanie Holcomb has made every effort to present the miniature narrative cycle to its full advantage; “turning the page” every 4 weeks for the duration of the show. It is extremely unusual to actually show so many pages of a rare manuscript, especially since the Rylands Haggadah is very rarely shown even at home and was specially restored for this loan. Of course inherent to the exhibition of a bound manuscript is the fact that all of the images can never be physically seen at one time. While this could have been rectified by a digital and/or printed display, the Met chose to place this manuscript in the somewhat constricted space of the Medieval galleries in the effort to show “Medieval Jewish Art in Context,” here within the Christian Middle Ages. Additionally all the exhibited pages are beautifully reproduced on the Met website. The Met has programmed lectures and gallery talks to elucidate the complexities of the Rylands, the most notable of which was Marc Michael Epstein’s lecture on April 11, 2012, now available online (www.youtube.com/watch?v=jaoAOA5jQm0).

As of July 31st the miniature pages of the Plague of Locusts and Plague of Darkness will be facing the Death of the First Born and the Sack of Egyptian Treasures. Epstein comments that the Rylands Haggadah seems to express a somewhat “more literal attention to the text of scripture,” especially in relation to its model, the “Brother” British Library Haggadah. Overall the Rylands is more bloodthirsty toward the Egyptians with “more frogs, lice, wild beasts, and boils, more hideous grimacing on the part of the afflicted Egyptians; more suffering…” than its “Brother.” In the Plague of Locusts no less than 13 giant locusts swarm around Pharaoh and his advisors, one of whom grimaces in terror. Moses and Aaron are seen on the left side of the illumination calmly pointing to the destruction in the human realm (i.e. Pharaoh and his court) and how in the agricultural realm next to Aaron, i.e. Goshen, the vegetation was unaffected. So too in the panel directly below, the Plague of Darknesscompletely obscures the hapless wide-eyed Egyptians while the Israelites smile and point at their misfortune, basking in the bright light, even under a starlit sky.

On the opposite page the terrible Death of the First Born is depicted in uncompromising brutality. In the middle six panels, dead Egyptians, each mourned by two women, along with dead animals and a chained prisoner, are framed by Pharaoh on the right and Moses and Aaron on the left. Pharaoh seems to point accusingly at the death of innocents along with convicted prisoners whereas Moses and Aaron respond by pointing directly to him (and his hard heart) as the cause of so much agony. Interestingly Epstein comments that the wretched state of the dead prisoner forces us to notice that while the Egyptians (stand-ins for contemporary medieval Christians) were wicked, nonetheless they, “were to be depicted in a properly gracious and graceful manner,” much in the same tone and style as the oppressed and downtrodden Jews. It would seem that neither side was demonized. 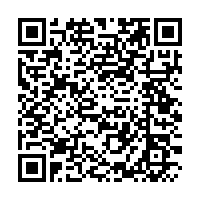