We can use an album like Simcha Leiner’s “Kol HaKavod” right now. Feeling down, dejected, or uncertain? This fantastic recording will provide you with a boost of optimism, energy, and – yes – simcha.

It’s Leiner’s fourth solo album, and it’s packed with what has made him a household name in the Jewish music world. Perhaps the album’s most unique aspect, though, is its production. Whereas in the past, Leiner’s albums were coordinated by producer extraordinaire Yochi Briskman, this time Simcha Leiner lined everything up himself – from musicians to songs to arrangers. What we have, then, is a 100-percent Simcha Leiner production.


Influenced by Jewish music artists like Avraham Fried, Mordechai Ben David, and the London School of Jewish Song, Leiner thanks G-d that he lives at a time when he can record a symphony orchestra of 70-plus pieces in Europe, drums in New York, and guitar solos on the West Coast, and meld them all together to give his fans the incredible quality and sound they demand.

“Kol HaKavod” features all new material, and its title and title song were inspired by an interesting story. A year and a half ago, Leiner attended a unique Siyum HaShas in the Sephardic community of Flatbush, during which children and adults learned together and completed all of Shas in one day! – a multi-generational marathon of 1,500 people that Leiner describes as “very moving.” 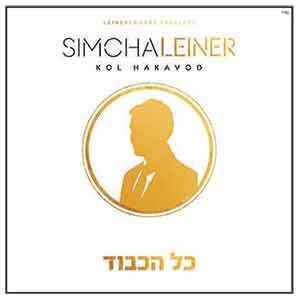 Leiner participated and was paired with a sephardic paitan (lyricist), and the paitan kept using the phrase “kol hakavod” – loosely translated as kudos, amazing, good job! He was so moved by the event that then and there Leiner planted the kernel of the song and asked the paitan to complete the lyrics and add a Sephardic hook to the melody.

Another song in the album, “We Go On,” was written in reaction to the incendiary kites sent over the Gaza border by Hamas terrorists and the multiple stabbings and car rammings Israel experienced last year. During this Covid-19 pandemic, the song takes on a whole new meaning. Leiner sings: “We go on/There is nothing we can’t overcome/We are strong/Holding firm and our troubles will be gone.” Sing these words loudly and make them your anthem to stay strong during this unprecedented crisis.

Leiner said his first three solo albums have sold very well, but he has seen a drastic reduction in sales in recent years as downloading music has become increasingly common. Artists can no longer rely on their albums to support themselves, he said.

Not long ago, Leiner set out on a 21-city tour. He produced a full-blown multi-media show and took it on the road, which he said made a big difference in boosting his standing as a top performer and increasing downloads of his songs and sales of his album. Due to the coronavirus lockdowns, Leiner very recently hosted a live-streamed concert that had over 10,000 fans joining in across the globe.

Leiner continues to host almost daily events at Instagram.com/simchaleiner. “Kol HaKavod” to Simcha Leiner and may he continue to “Go On” for many more years. 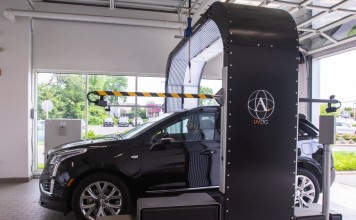