Our protagonist Maury Green has been a loser all his life, with even his father not trusting him to run his lucrative real estate business from which he is in retirement, but entrusting it to a lackey who “lords it” over his son, who apparently only has a salesman’s desk there working under the assigned broker of what is an apartment rental business.


Green was an American volunteer in Israel’s 1948 War of Independence, but something happened In Israel that has haunted him ever since. Now, some 25 years later Maury the seeming nebbish has inadvertently been invited to his shul’s soiree in honor of Israeli General Yaacov Ronen, whose taunting smile has been his nightmare all these years.

It turns out that General Ronen has some undercover intrigue in mind for our protagonist, a bit of “dirty work” for which he is eminently suitable. Accepting the challenge of this daring, dangerous and life-risking action Maury not only is able to redeem himself in his father’s eyes, but earns a substantial real estate sales commission and has the opportunity to help Israel – but not in the manner in which General Ronen intended.

The Last Commission is a fast-paced adventure mystery, with all of the enjoyable twists and turns to make a real “page-turner” that will keep you going until the very end. The story has increased interest for readers familiar with Orthodox Judaism – the world in which Maury Green lives.

Eytan Halaban is a resident fellow at Davenport College of Yale University for the past 20 years, mentoring filmmakers and writers. Previous publications include novels The Kid from Naphtali (Dodd Mead, 1987) and The Perfect Wish (Inkwater Press, 2013). 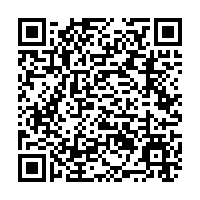