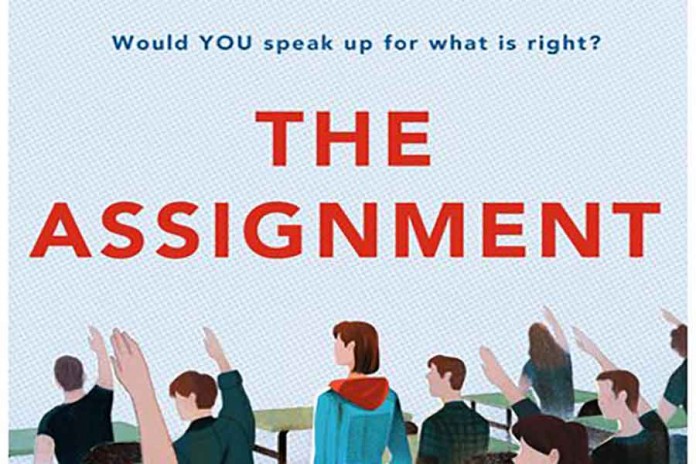 I often do not enjoy literature about the Holocaust, so I was pleasantly surprised by how much I enjoyed The Assignment by Liza Wiemer. The novel tells the story of high school students assigned to re-enact the Wannsee Conference in 1942, during which Nazi Party and German government officials gathered to discuss and coordinate the implementation of the “Final Solution of the Jewish Question.”

When the assignment is first given by a beloved history teacher at the fictional Riviere High School in upstate New York, Logan and Cade are two students who feel especially surprised and disgusted. At first, it seems none of the students at Riviere would be directly affected by a conversation about Nazi philosophy. For example, there does not seem to be any Jewish students at the school. But it soon becomes clear that some students have white nationalist tendencies and are negatively emboldened by the assignment – while others have hidden identities that make the assignment particularly painful.

Logan and Cade devise a strategy to prevent the debate from occurring, beginning with their educators. History teacher Mr. Bartley resists their initiatives, believing his assignment to be creative and the students capable of learning from the exercise. As the students elevate their concerns to the principal and ultimately the media, their story is carried far beyond their small community. Logan and Cade discover both unexpected sources of support and unintended consequences.

The Assignment is told primarily through the characters of Logan and Cade, but readers also get a glimpse of the other characters’ viewpoints throughout the story, including Mr. Bartley, the school principal, and some of the other students who struggle with the assignment. The motivations of even some of the minor characters are complex and well-developed, showing honest and believable reactions and choices.

Though this story is fictional, it was inspired by events that took place in Oswego, New York. Beyond this incident, there is an unfortunate trend of educators bringing the Holocaust to life through misguided or poorly designed assignments. Just last March, an article in The Forward told of a Chicago 8th grade class that read an excerpt from Mein Kampf and was asked to draw Nazi propaganda. Late last year, a librarian in Washington, D.C. assigned third-graders to re-enact scenes from the Holocaust.

In this context, and in a time of unfortunately increasing antisemitism, Cade and Logan’s courage in the face of resistance from some in their school and community is a model for all people who seek to speak up for others and what they know is right. These young adults, particularly the spunky Logan, speak up even when it appears they do not have all that much to lose if things go wrong. The loving support Cade and Logan receive from their families also demonstrates how empowering parent/teen relationships can be when teens need them most.

I recommend this book as a tool for addressing and preventing similar assignments, as a way to raise awareness about anti-Semitism and the Holocaust – and most of all, as a model of being an ally and what it takes to speak up for what’s right when confronted with something truly wrong. It is an excellent book for reading in a classroom or as part of a book club, and I hope readers of all ages use it to empower themselves to do what is right even when it’s not the easiest choice. 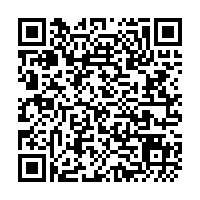