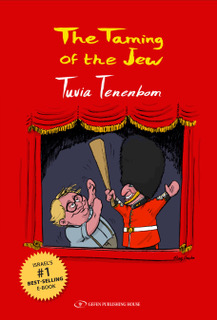 If J.D. Salinger and John Steinbeck collaborated on antisemitism in the UK, they might have
written The Taming of the Jew, author Tuvia Tenenbom’s fifth travelogue exploring the oldest
bias on the planet. Instead of Steinbeck’s poodle Charlie, Tenenbom’s sometimes-companion is a nameless eagle that Tenenbom relies on to plot his course as he zig-zags through Ireland, England, Scotland and Wales often under the guise of Toby, a German journalist or a Jordanian national.

Tenenbom distracts readers with well-paced humor and an almost-adolescent sense of
wonderment. He keeps the reader entertained—indeed even laughing—as he addresses the
pervasive bigotry and hatred of Jews that still exists across the pond. Tenenbom lets the reader into his head with a chatty style that suggests the book documents only a few weeks and great happenstance. Not so. Tenenbom, who cut his teeth in the theater, is a skilled journalist; he spent months researching and planning the six-month foray that lays bare the racist heart still beating strong in the British and Irish Isles.


Tenenbom’s love of theater provides one of many lenses for the reader to examine the
conscience of Europe’s anglophiles. The British, he notes, are the best theater actors. This also makes them the best liars which explains how their disdain for Jews is so easily obscured and ignored. The reader is treated to punchy but honest short reviews of the many plays Tenenbom sees but it is ‘The Full Monty,’ an-male British comedy performed naked, that becomes a metaphor not only for English antisemitism but for the new, politically-correct world of intersectionality.

While the author’s primary intent is to investigate British and Irish views on Jews, Tenenbom
successfully pulls the reader into the cultural mores that divide the Island nations as well as the many they share, some of them hilarious and chortle-worthy. Few will miss the irony of
repeated claims of societal hospitality and commitment to kindness while expressing bold-faced hatred for Jews. Conversation all but shuts down once the author challenges false assertions about Jews or Israel with fact.

The book opens in Dublin where hard-won appointments made under the auspices of discussing Brexit with local elected officials are cancelled at the last minute, a scene that repeats itself throughout the book. Tenenbom’s true identity as an Israeli-born American author, playwright and journalist with expertise on the subject of antisemitism proves to be a big obstacle, as one official ominously declares “we know who you are.” For much of the book, Tenenbom’s interactions—everyone from ordinary students to officials as well-placed as England’s former Labor party leader, Jeremy Corbin—rely on his theatrical prowess, quick wit, ad lib skill, fluency in several languages including Arabic, but mostly, his incredible talent for disguising himself and convincing those he meets to speak freely.

The writing itself offers Tenenbom’s intellectual honesty in local dialect that would make
Steinbeck proud. Tenenbom stands witness to a constant pro-Arab Palestinian sentiment and
false narrative. Evidence revealed by Tenenbom of in-bred hatred harbored by regular people
would disgust any normal person if the victims were anything but Jewish. Tenenbom’s ability to engender trust, even as voice recorders and cameras accompany him, confirms, in their own words, a culture with deep-rooted antisemitism and hatred of Jews that is always present but usually just below the surface. Today, the oldest tropes of Jew hatred prevail amongst the educated to the tradesman in lobbies of the best hotels as well as the local pubs. Such attitudes—under a false flag of human rights—upend fact and reality: Terrorists who murder Jews can be heroes fighting against such nefarious activities as Jews building housing in Israel’s capital city or Israeli police jailing mass murderers. The Jews, according to the scores of people Tenenbom interviewed, should not live amongst them and deserve abuse.

Despite the evidence to the contrary, no one, it seems, is willing to even admit such bias exists. British history informs the reader that failure to identify the existence of baseless hatred should not really be unexpected. Finding out that British Jews are equally unwilling or perhaps afraid to acknowledge such bias exists, however, is at once surprising and disturbing. The Jews of the UK and Ireland have been tamed to ignore the chatter of hatred. The silence of Jews around the world when Jews are being attacked, as they are today in Israel as thousands of rockets are fired at civilians, perhaps explains the longevity of such hate: If Jews don’t value their lives, at least they can remain the world’s oldest scapegoat.

Be forewarned: This is not a feel-good book though it is well-laced with humor. It is a fast read but the subject matter is anything but light. “You have to wake the people up first,” Malcolm X once said, “then you’ll get action.” Tenenbom is ringing the alarm bells; it’s time for Jews to open their eyes. Those who care about history, Jews, Britain, Israel or the future should not pass on this book. 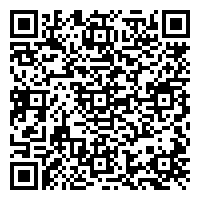