An Officer and a Spy
Robert Harris
Knopf

Who among us hasn’t heard of Captain Alfred Dreyfus and his trial in Paris only a few years before the end of the 19th century? The French military had been defeated by Prussia in the 1870 Franco-Prussian War, and still not prepared for another military engagement with her classical enemy, was engaged in political and espionage intrigue, with each side spying on the other.

It came to light that there was a spy within French military supplying information to the enemy, in the form of a bordereaux, which listed several secret documents that had been delivered to the German embassy, and handwriting analysis apparently pointed to Captain Dreyfus.

The resulting military trial resulted in Captain Dreyfus being committed to Devil’s Island – a French military penal colony in French Guyana – and the exposure of anti-Semitism among the French.

Witnessed by Theodore Herzl, who was a journalist for a Viennese newspaper covering the trial, the cause célèbre became the spark that eventually caused the rise of the State of Israel in modern times.

Many of us have been exposed to several books about Captain Dreyfus – usually termed “The Dreyfus Affair” – and the facts can never be glossed as simply “dry,” but Harris does a very fine job of bringing the affair to life in a real cliff-hanger. Although we all know the story, many almost intimately, Harris is able to get us to suspend disbelief and turns this story into a real page-turner of a book that you can’t put down until the end. 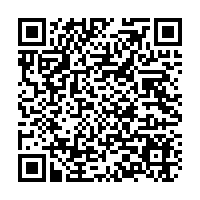