Twenty years ago I was a wide-eyed young proofreader for one of the major Jewish publishing houses. The only one who used a computer in the office was the typesetter and secretary. Desktop publishing was still an innovation, and author-publisher communication consisted of a couple of face-to-face meetings and phone calls. The only professions that demanded employees to be on call 24/7 were medical and emergency.

And if an author got to see an edited manuscript, it was a hard copy mailed through the post office in a large manila envelope, or, if the author lived locally, he would have to come and pick it up. Authors did not get to see many versions of their manuscripts. It was too much effort on both sides.


Fifteen years later I left the company as a senior editor to open my own publishing company. By then everyone – including editors – had a computer on his desk. A big chunk of the workday was taken up with juggling e-mails, fielding author queries, and sending manuscript corrections back and forth. Almost as much time was spent on e-mails than the actual publishing work of editing and typesetting.

Now, five years later, publishers are outsourcing more. Everything from proofreading to graphics can be done by freelancers, precluding the need for large offices and a big overhead.

This wouldn’t have been possible in the manila-envelope age. Everyone involved had to be physically present in one office to get a book published. Even the printer required a hard copy of the clean, finished, laid-out manuscript in order to print the book. Today, I can sign a contract with an author, edit and typeset a manuscript, and send a book to the printer – all without even meeting any of the people involved. They may not even live in the same city.

For one author, weekly “meetings” were important. The problem was, I was located in Israel, and he lived in New York. Twenty years ago that would have meant losing the project. Today, there’s Skype. (I finally met him when he visited Israel last year.)

I haven’t even mentioned the advent of eBooks. Until a few years ago, even though the rest of the publishing process had gone digital, publishers at least needed to produce a physical book of paper and ink to ship, distribute, and market.

Enter the “electronic book.” No longer do you even need paper: just a computer and the right software. Distribution no longer requires ships and planes, only a good Internet connection. You still have to market the book, but social media has made that significantly cheaper.

(Whether or not eBooks are destroying print media is another discussion, but certainly Shabbos lessens the impact on Jewish publishers.)

So, are the changes better?

I have to admit that sometimes I miss the days when it was just me, my red pen, and a manuscript. It was so peaceful. No e-mails to check. Appointments with authors were scheduled. Yes, there were still deadline pressures, but we didn’t have to take into account slow Internet connections, computer meltdowns, or authors frantically requesting last-minute changes that would only take a second.

And did you know that you can mark up a proof with a pen and drink a cup of coffee (or, in my case, tea) at the same time? Try typing and drinking coffee simultaneously.

But the digital age has opened up so many opportunities. Writers can take online courses or join forums to share ideas and get support or hire a writing mentor who lives 10,000 miles away. Knowledge is so much more available, and so is the software to access it. I believe that this is one reason that the quality of Jewish writing has improved so much in recent years. 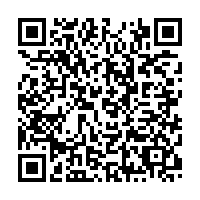