Lincoln and The Power of The Press: The War for Public Opinion
By Harold Holzer
Simon & Schuster

I begin with the caveat that I am no historian, and like many others am quite amazed that Harold Holzer holds down a day job in public relations (he is vice-president for public relations of The Metropolitan Museum of Art in Manhattan) and reads and writes history “on the side” as his avocation. He already had f46 books in print, and with this one making 47 I’m certain that by the time this review is published his oeuvre might very well have progressed to 48, in addition to more than half a thousand articles.

Interestingly, although many of us in journalism and publishing have been aware of the importance of the press in national affairs, it took a non-professional historian to look outside the box to see the affect that national journalism – and in particular three New York editors and their newspapers: James Gordon Bennett, The New York Herald; Horace Greeley, The New York Tribune; Henry J. Raymond, The New York Times – had on Abraham Lincoln and the national polity, as well as the influence that Abraham Lincoln had on these and other American newspapers of his time.

While today newspapers are segregated into news coverage in one area and editorials and opinions in another, back in the days when Abraham Lincoln was running for office and while he was president, those lines were not just blurred, they were enmeshed. Moreover, the newspapers made even more war on each other than did the soldiers on the battlefields.

Politics was as partisan as it is today, and in almost every town, village and city in America the political machine behind each party – the Republicans and the Democrats, and sometimes some others – had its own mouthpiece in the form of a newspaper. These newspapers and their editors were often supported by the party, either with direct funding or indirectly by the editor being employed and compensated at some no-show governmentally appointed level – tax collector, commissioner, etc.

The founding example was Benjamin Franklin’s Philadelphia press being appointed by Congress as the official printer to Congress, and Franklin acting as postmaster (from whence Congressmen earned a “Franking” privilege in sending out their own mail to constituents at no charge). In Lincoln’s time and before, many newspaper editors also acted as postmaster of their communities, and by receiving out-of-town newspapers for delivery to patrons it afforded them the opportunity to receive news to re-publish in their own journals.

Holzer relates how Lincoln – who was a prolific journalist in his own right – was able to influence the Republican Party’s choice of him as candidate for the presidency, and eventually the electorate (in those days the Electoral College, not necessarily the popular vote, chose national officers) and how he was able to meld press opinion his own way – often by judicious use of his “reporting” editorial contributions under pseudonyms. His writing style, honed by many years practice as a lawyer, was very effective.

It’s almost pointless to try to summarize all of the fascinating information that Holzer’s research unearthed – if you’re a devotee of American Civil War, Lincoln’s era and/or newspaper history, as I have been, you really have to read this book for yourself. Suffice to say that one benefit of reading an historical book by an author who is not a college professor is that his books are eminently readable, not often sending one scurrying to an unabridged dictionary to look up the meanings of unusual words. Holzer is no show-off. 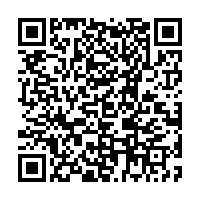