Letters From Mir: A Torah World in the Shadow of the Shoah; The Correspondence of Ernest Gugenheim
OU Press 2014
Edited by Claude-Anne Gugenheim
Associate Editor: Martine Bendavid


What was it like to learn in the famous Mir Yeshiva in 1938? How did this experience affect a young man from the east of France who had attended a Jewish seminary in Paris that while Orthodox was most certainly not yeshivish? The answers to these questions as well as an intimate look at Mir yeshiva life before World War II is provided by this book – a collection of letters that Rabbi Ernest Gugenheim wrote to his family while learning in the Mir from January until October of 1938.

The young man was deeply affected for the rest of his life by this experience. Shortly after his arrival he wrote [pages 74 – 75],

Indeed, the first fifteen day period spent here enables me to affirm that not only I do not regret for an instant having come, but that I am truly       happy to have done so. Because, leaving aside even my studies,           the lehrnen and the knowledge that I am on my way to acquiring, I have the considerable advantage of seeing at the Mir Yeshiva an extremely rare phenomenon, I mean: Judaism in all its simplicity and in all its plenitude, a Judaism stripped of all ceremony, of all pomp that does not become it, without exaggeration of any sort, in which the Torah is the absolute mistress, without any external influence intervening to alter it. It is this particular character, which I believe has struck me the most, and each coming day confirms my belief anew.

From morning to evening, we lehrn; 10 hours a day, with short interruptions during which we eat and go for walks. And we lehrn with an ardor and an indescribable enthusiasm in which humans and objects participate – because the shtenders truly play an integral part in the lehrnen and dance the saraband [A stately court dance of the 1600s and 1700s.] while their owners shout, sing, thrash about, discuss with voice and gesture.

There are about 300 to 400 bachurim, 150 of whom are foreigners – Americans, Englishmen, Germans, Swedes, etc. – who perform this perpetual movement that is impossible to resist for long and that sweeps everything away in its frenzy. The derech halimud is quite profound, and no kushya is ever passed over in silence. This is the Lithuanian method, and the Yiddish is of the same country. In addition to the teaching, there is instruction in which mussar plays a considerable role. The daily half hour that is devoted to it has an eminently beneficial influence.

“The special charm of these letters is their immediacy and authenticity of emotion and description. The first awe-inspiring impressions of the religious services, prayers and intensity of study at the Mir Yeshiva are all recorded with a fresh and vivid clarity. We learn that the yeshiva runs on its own time, ¾ of an hour ahead of local time; that the windows rattle loudly with the force of the ‘amens’ during holiday services; that all the Passover matzah is made by hand and without the aid of any machines. The abject poverty of many of the residents and their primitive living conditions are touched upon, while noting that as a foreign student the author himself was very well fed and cared for by his accommodating balebuste in Mir, Batcheva Lechinski”[i]

“Perhaps the most valuable contribution of these letters is to provide some needed perspective on how far removed our modern, materialistic and technologically oriented life in America is from the spiritual life of an Eastern European Yeshiva set in a poor village. If indeed, as the author notes in an aside, the famous Polish Jewish scholar and historian in Warsaw, Rabbi Moses Schorr was considered ‘practically a goy’ by the yeshiva bachurim (p. 75), then we have to wonder how most of them would view our own eclectic American Jewish communities, synagogues and institutions today as they have (for the most part) evolved very far from the model of the old Mir Yeshiva. 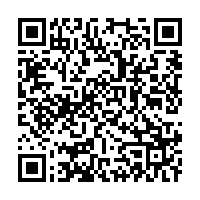