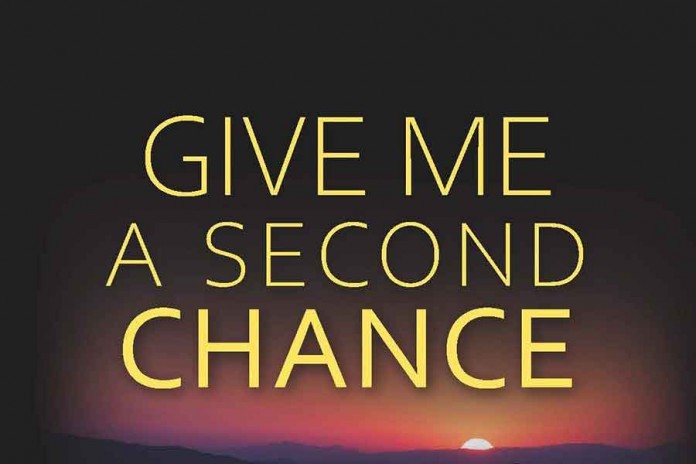 Title: Give Me A Second Chance
By Rachel Saginsky
Gefen Publishing, Paperback, 328 pages

Give Me a Second Chance is the tragic tale of a young Modern Orthodox American couple who move to Israel and have their naiveté and idealism irrevocably exploited and shattered by a series of charlatans whom they encounter during their sincere quest to become more religious. Suffice it to say, “The road to hell is paved with good intentions” would be a fitting subtitle for this book.

The unsuspecting pair are gradually drawn into an evil cult, blindly accepting its charismatic leader as their all-powerful mystical “Rav,” and ultimately following him on a chilling descent into the seven levels of Gehinnom, taking their eight innocent children along for the terrifying ride.

In order to “cleanse” their youngsters and “take out the evil” in their souls, the young mother unwittingly allows the cult leader and his cohorts to subject the children to severe physical abuse and torture. After the two youngest sons end up in the emergency room, suffering painful burns and permanent brain damage respectively, the mother is sentenced to five years in prison, and later officially loses custody of her children. Although broken in spirit, she eventually takes advantage of her period of forced incarceration and rehabilitation to recognize and repent for her past errors and try to rebuild her fractured life. After her release, she marries a fellow inmate and does her utmost to restore her relationship with her estranged family and friends, especially her children.

Although it is billed as a novel, Give Me a Second Chance is closely-based on a factual account of an idealistic Jewish family’s life gone horribly wrong. The names have been changed to protect the innocent (and not-so-innocent), and some other identifying information has likewise been altered. Other than that, it is overwhelmingly true, in the very real sense that “truth is stranger than fiction.”

In a similar vein, I admit to finding some of the irrational behavior portrayed in Give Me a Second Chance to be far-fetched, bordering on inconceivable. But then I notice the glaring headlines on the Jewish news sites telling of yet another horrific crime perpetrated by members of a religious cult, or the report of a preposterous hero’s welcome accorded to a disgraced cult leader by hundreds of still-adoring followers upon his release from jail. So, as improbable as it seems, I feel compelled to adjust my way of thinking and accept this insane reality.

Racheli, who is both the flawed main character and the narrator of Give Me a Second Chance, is fun-loving, lively, and active, like the vivid, brightly-colored flowers she adores. Although her childhood sweetheart/husband Daniel comes across as more taciturn and introspective, both they and their families are basically normal. Which makes their eventual downward spiral to a parallel universe, which is anything but normal, all the more jarring and heartbreaking.

Racheli has spent some of the best years of her childhood living in Israel with her family, so it comes as no surprise that the young couple decides to live in the Holy Land after their wedding. They move to a nice house in Israel’s south, and become part of a supportive community. Soon they are the parents of four demanding babies and toddlers.

Slowly, almost imperceptibly, they begin to drift apart; Daniel leaves his work as a salesman and begins to learn in kollel, gradually becoming more outwardly religious and spiritual and encouraging Racheli to follow his example. Unfortunately, soon his newfound religiosity and questionable mentors cause him to be increasingly critical of Racheli’s family members and friends, and often of Racheli herself. Racheli is left to fend for herself and her growing family with little to no help or support, leaving her feeling increasingly isolated and miserable.

Just before their fifth child is due, his misguided piety forces them to leave their spacious house and friendly community and move into a tiny eyesore of a home in the Muslim Quarter of the Old City. Daniel is drawn to a veritable procession of off-the-grid religious figures and their demanding, erratic schedules. Even after he and Racheli eventually leave the Muslim Quarter for better accommodations and a more secure day-to-day life in the Jewish Quarter, Daniel’s bizarre choices have already set the stage for the disastrous events that follow.

And, as Racheli gets swept up into his distorted vision, their downward trajectory takes on a disturbing life of its own, irrevocably spinning out of control. Sadly, despite Racheli’s parents, siblings, and friends repeatedly expressing their heartfelt concerns, all of their dire warnings are summarily ignored or dismissed out of hand.

The book portrays both Racheli and Daniel as unintentional pawns, rather than active participants, in instituting the maltreatment and severe abuse that are ultimately inflicted upon their innocent children. Daniel is forcibly removed from the home environment shortly before everything comes crashing down, and his seemingly undeserved punishment ironically metamorphoses into the source of his salvation.

Racheli, on the other hand, who embarks on this path of destruction quite reluctantly, ends up squarely in the wrong place at the wrong time. She is the one left holding the bag when their world implodes; the one at whom the hospital staff, social workers, and law enforcement officers point their fingers when her youngest children arrive at the hospital burnt and battered. And it is likewise she who must pay the price for their sorry state, both literally, during her years of humiliating incarceration in Israel’s only women’s prison, and in the prison of her own mind… for the rest of her life. The irreversible brain damage and resulting incapacitation of her youngest son become an inescapable reminder of the horribly wrong choices she has made and their catastrophic consequences.

Racheli does her penance, and embraces myriad opportunities for rehabilitation and repentance, including signing up for every course offered by the prison authority, attending countless therapy sessions, and taking on extremely demanding and responsible employment options. Although she loses everything: her husband, her eight children, her freedom and sense of self, she is determined to reclaim whatever she can, rebuild her life, and reestablish a relationship with her children. Through incredible fortitude and perseverance, she succeeds against all odds, reconnecting with virtually all of her children and grandchildren, cultivating a supportive marriage, and working at a new and fulfilling career.

Give Me a Second Chance is dark, and definitely not for the faint of heart. Yet there are occasional glimmers of light throughout: the unwavering support of Racheli’s family, the love and encouragement of the incredible Rabbanit who works with the inmates, the inner strength that Racheli painfully discovers and nurtures, and the redemptive power of teshuvah that she taps into to pull herself out of the abyss.

I found myself sobbing several times while reading Give Me a Second Chance, mostly tears of frustration and heartbreak, but perhaps tinged with hope and optimism as well.

The title and ostensibly the premise of this book are that virtually everyone deserves a second chance. I firmly believe that Racheli has rightfully earned hers. 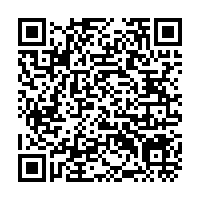