This is another victory for the terrorist organizations, after the release of the prisoner Miqdad al-Qawasmi in late 2021 who ended a 131-day hunger strike. Abu Hawash holds the all-time record for a hunger strike by a terrorist – 141 days.

The terrorist Hisham Abu Hawash consented to an Egyptian proposal to end his hunger strike in exchange for his release without resuming his administrative detention after the end of the current sentence, on February 26. The agreement received the blessing of Islamic Jihad and the Egyptian government.

In Jenin, baklava cakes were handed out free of charge to passers-by to celebrate the end of the hunger strike. Now it looks like our boy became so weak, his body couldn’t resist the latest Corona variant.

Of course, Abu Hawash’s brother announced (according to Abu Ali Express): “I do not rule out the possibility that this is a conspiracy.”

Abu Hawash’s administrative detention, at the request of the Shin Bet, was executed to prevent a terrorist operation he planned to carry out, the details of which are confidential.

But according to Channel 14, in 2006, Abu Hawash served out a prison term after trying unsuccessfully to murder Israeli soldiers, as well as for aiding another terrorist, as was specified in the sentence:

“The defendant was convicted, according to his confession, and as part of a plea bargain, that from the end of 2002 until his arrest he assisted the wanted man, Sharif Barwish, by informing him of the movements of IDF forces in his area of ​​residence, and also informed the wanted man Taysir Tsutz. He also assisted the wanted person in finding him a hiding place to help him evade the security forces.”

According to the plea sentence, “the defendant was also convicted of trafficking in weapons by seizing a rifle and a cartridge in early 2004 and holding them in anticipation of causing death intentionally.” And “the defendant was convicted of attempting to carry out a shooting attack on IDF jeeps in the first half of 2004 with the rifle he had obtained, but due to a malfunction in the weapon he was unable to do it.”

Finally, Abu Hawash was also convicted of trying, at the end of June 2004, to obtain ammunition for the weapons possessed by the terrorists he had been assisting. For these offenses, Abu Hawash was sentenced to 56 months in prison. 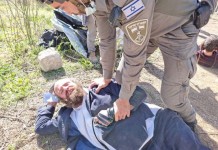 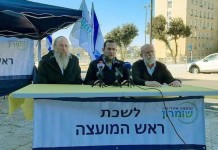 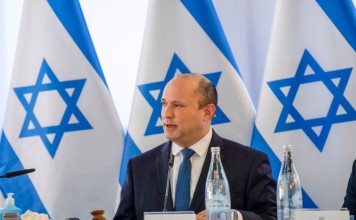 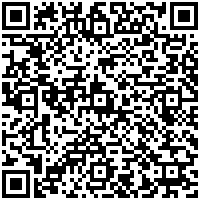