Rabbi Adin Steinsaltz is to a certain extent the Renaissance rabbi of our generation. He has many books on Jewish studies to his writing credit and he is the author and editor of a famed modern Hebrew translation and commentary to the entire Babylonian Talmud. He is also the head of an educational school system here in Israel as well as a confidant and counselor to leading Israeli politicians, both in and out of government.

Shrouded usually in a cloud of sweet smelling pipe tobacco smoke, except for Shabbat naturally, he is a genial, unassuming, fascinating conversationalist. Possessed of a brilliant mind and iron will he is a spiritual follower of Chabad chassidut. His family has deep roots and even neighborly proximity to both the sixth and seventh rebbes of Lubavitch.

Rabbi Steinsaltz is a person of moderation and self-effacement and as such even his deep connection to Chabad chassidut is not generally publicized nor is it even distinctly recognizable in his many works of scholarship.

However, he has written books on kabbalah and on Tanya, the basic book of Chabad chassidut. He is fluent in many languages and his English prose is captivating and almost lyric. He has now written a new book entitled My Rebbe. It is ostensibly a biography of the seventh rebbe of Lubavitch, Rabbi Menachem Mendel Schneerson and was written in commemoration of the twentieth memorial day of the passing of Rabbi Schneerson. The book is being published by Koren/Maggid Press, which is also the same publishing house for a new English translation of the Steinsaltz Talmud currently being completed volume by volume. As with all of Rabbi Steinsaltz’ other books, this work on the life of Rabbi Schneerson is beautifully written, most informative and laden with insight and analysis.

This book is more than just a biography of one of the leading figures in the Jewish world of the past century. It is a clear exposition of much of the philosophical underpinnings of Chabad chassidut. It also provides the reader with a short history of the past three centuries of Chabad chassidut and Rabbi Steinsaltz is an honest broker, never shirking from relating the facts as they are and not engaging in hagiographic or fantasy descriptions.

Naturally, most of the book is devoted to the life, philosophy and achievements of Rabbi Menachem Mendel Schneerson. Rabbi Schneerson was a most unique and gifted individual. He possessed a broad secular education gained by his years of study at Humboldt College in the University of Berlin. He later graduated from a technical college in Paris and attended various classes at the Sorbonne. He was always interested in science and physics and was conversant and fluent in many languages. At the same time, he was a great Talmudic scholar who corresponded with some of the great rabbis and scholars of Eastern Europe in the period between the wars of the twentieth century. He was also expert in the field of kabbalah and was deeply immersed in understanding and interpreting Chabad chassidut generally and Tanya particularly.

He was married to Chaya Mushka, the middle daughter of Rabbi Yosef Yitzchak Schneerson who was the sixth rebbe of Lubavitch. Rabbi Schneerson’s youngest daughter, Shayna, and husband were killed by the Germans at Treblinka in 1943. Rabbi Yosef Yitzchak Schneerson’s oldest daughter was married to Rabbi Shmarya Gurary, who served as the right-hand man to his father-in-law and the head of the educational system of Chabad for a number of decades.

Rabbi Gurary saw himself as the heir apparent to leadership of Chabad. This led to a very painful situation within the family when Rabbi Menachem Mendel actually became the rebbe of Lubavitch and not Rabbi Gurary. Eventually, there was even a contested civil secular court trial between Rabbi Gurary’s son, Barry and Chabad over the library of the father-in-law. Again, since this is a very honest book, all of the sad details of this family squabble, which so pained Rabbi Menachem Mendel, are discussed gently and sensitively. This was a family breach that he deeply regretted but could not heal. 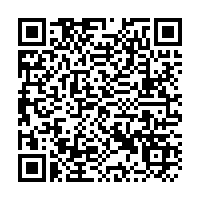