Within days of Israeli settlers establishing an outpost on the hillside of Sebastia in the fall of 1975, as recalled by Yossi Klein Halevi in Like Dreamers, Prime Minister Yitzhak Rabin consulted Mordechai Gur, then chief of the general staff of the Israeli Defense Forces, about the efficacy of utilizing the military to carry out the government’s policy of opposing settlement in Judea and Samaria. Although he was already a legend in the annals of Jewish history, Gur did not have the conventional appearance of a modern Jewish military hero, and with his sweet face and less than imposing stature, he was better known by his Yiddishized nickname, Motta.

Always temperate, Gur, whose loyalty to the will of the civilian government rested at the heart of the state’s democracy, explained to Rabin that the military was not designed to be an instrument for setting social policy and that other avenues should be considered. Rabin pressed further, but Gur remained resolutely opposed to sending in the military, finally telling Rabin that these men, the leaders of the conclave at Sebastia, are “my soldiers.”

As the leader of the IDF’s 55th reserve paratroop brigade, the unit that served at the vanguard of both the Battle of Jerusalem in 1967 and the Battle of Suez in 1973, Gur was fortunate to be in command of some of the army’s finest soldiers. They were a diverse and exceptionally gifted group of men, and as leaders in their own right, many would emerge from their military experiences to spearhead some of the country’s most influential and varied social and political movements. In particular, as founders of both the left-wing Peace Now movement and the right-wing settler movement, the men of the 55th brigade, “Motta’s Men,” spent the majority of their lives outside the context of the army – as ardent rivals. Gur, however, was the ideal leader for such a group. Deeply humble and appreciative for the service of every single one of his men, Gur was able to sublimate his own views in order to best serve every soldier under his command. This not only enabled Gur to bring out the best in his soldiers, it also reinforced a nearly universal sentiment throughout the 55th’s ranks that encouraged diversity of opinion while simultaneously strengthening the brotherhood and camaraderie between the soldiers.

I recently sat down to speak with Yossi Klein Halevi about the genesis of his highly acclaimed book, Like Dreamers: The Story of the Israeli Paratroopers Who Reunited Jerusalem and Divided a Nation, and his personal connection to the history of the land.

In the summer of 1967, Halevi, now a senior fellow at the Shalom Hartman Institute, made his first trip to Israel at “the height of the country’s unity,” in the wake of the Six-Day War. For Halevi, however, the soldiers of the 55th were not only at the forefront of national triumph, but also became the flesh and blood manifestation of his love for the country and his desire to make the Land of Israel his home.

His love for the men of the 55th ultimately led to Halevi’s aliyah in August 1982. By then, the national unity that pervaded every aspect of Halevi’s first trip to Israel had morphed into extreme divisiveness and bitter antipathy. In less than two decades, Israel’s polity had become sharply divided and constantly on the brink of extreme civil unrest. Worst of all for Halevi was that the men of the 55th, “the guys who brought me to Israel and gave me the Israel that I fell in love with,” now stood at opposite ends of this seemingly unbridgeable chasm. At first, it seemed that he would have to pick a side but, like Gur, the men of the 55th were Halevi’s heroes and he could not choose between them. 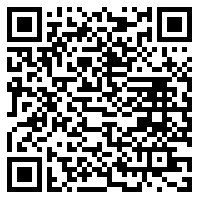