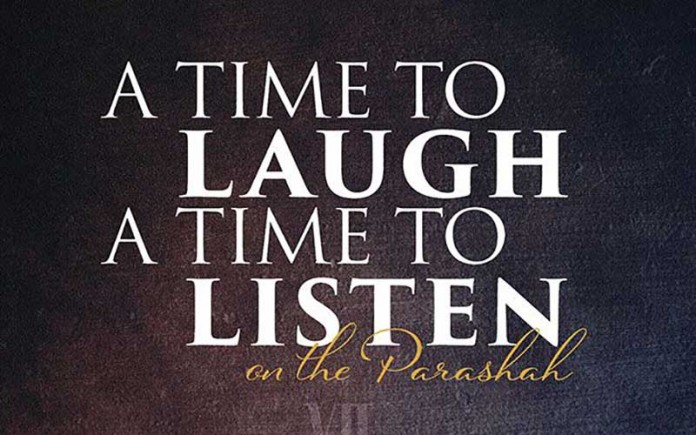 Title: A Time to Laugh, A Time to Listen on the Parsha
By Rabbi Yehoshua Kurland
Mosaica Press

Two college students overdid it the night before the final, and they overslept the next morning. Too late to make up the test, they decided on a “story” they would tell the professor. Having carefully rehearsed the drama, they told of how they had gotten a flat tire and were stranded for hours until help arrived. The professor listened carefully, and then told them that they could take a make-up test the next day at 9:00 a.m. The next morning the professor handed them their test booklets and placed them in two separate rooms. The first essay question was worth five points and was quite easy. Then they turned to question two: “95 points – which tire was it?”

So begins one of Rabbi Yehoshua Kurland’s essays on Parshas Mishpatim in his latest book, A Time to Laugh, A Time to Listen on the Parsha. This story is a perfect segue into lessons that can be learned from the mitzvah “Mi’dvar sheker tirchak” [the directive to stay away from falsehood.] Similarly, each of the 90 essays in Rabbi Kurland’s book opens with an amusing story that connects to an inspiring message based on the weekly Torah portion.

Like the lecturer who begins with a joke as a way to warm up his audience, Rabbi Kurland intends for the humorous anecdotes to make the reader more receptive to the words of mussar that follow. In his haskama to this book, Rabbi Shmuel Brazil writes: “It is through the medium of simcha that even the most stubborn heart can be pried open and is transformed into a receptacle to receive the mussar, consequently inspiring the listener to committing in making a meaningful change in his life.” Rabbi Kurland whole-heartedly ascribes to this view and explains in the introduction that he uses humor to “create a mood of simcha before the learning experience” which sets the “psychological tone for full absorption of the lesson.”

This format has been trademarked by Rabbi Kurland in his popular A Time to Laugh, A Time to Listen series. In this latest installment, Rabbi Kurland organizes his thought-provoking and uplifting messages by parsha. While perhaps not divrei Torah per se, the essays present hashkafic ideas and divrei mussar that deliver lessons which are meant to inspire. Some examples include speaking with a proper tone (Parshas Vayeitzei); showing appreciation when someone has been kind to us (Parshas Shemos); and not acting with hypocrisy (Parshas Shemini). Rabbi Kurland uses his talents not only to develop these important lessons on how to behave, but also to express them in a way that is motivating and uplifting.

Rabbi Kurland, a beloved Rebbe at Yeshiva Shor Yashuv, is a prolific writer, having published a sefer nearly every year for the past 12 years. His books have been well-received by a varied audience, and I have no doubt that Rabbi Kurland’s latest book will have similar success. 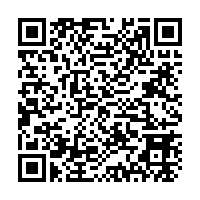