The 37th Israeli government headed by Likud Chairman Benjamin Netanyahu will be sworn in today, Thursday, in the Knesset plenum.

After a hectic two days of negotiations with his own party members, which followed close to two months of haggling with his coalition partners, this is Netanyahu’s 6th government and the coalition parties’ Knesset appointments, divided by party membership (the list is almost final and may change in the next few hours):

Interior and Health Minister and Deputy Prime Minister: Aryeh Deri
Welfare Minister: Yoav Ben Tzur and Ya’akov Margi (in rotation)
Adjunct Minister in the Welfare Ministry:Haim Biton
Minister of Religious Services: Michael Malchieli
Adjunct Minister in the Education Ministry: Haim Biton
Deputy Minister of the Interior and Health: Moshe Arbel
Deputy Agriculture Minister: Moshe Abutbul
Chairman of the Shas faction and member of the Finance Committee: Yinon Azulai. In the second half of the term, he will serve as Chairman of the Knesset Committee
Chairman of the Education Committee: Yosef Taieb 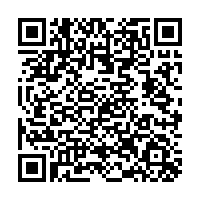