For hundreds, perhaps thousands, of years, Jewish thinkers have tried to prove God’s existence and the veracity of the Torah. That endeavor is no longer in vogue. Indeed, many educated Jews today believe the attempt an exercise in futility.

If they are right, what are we left with? Why should a Jew observe the Torah if he can’t prove that it came from God – or that there even is a God?

Rabbi Sack’s point is not that one cannot make good arguments for these propositions. Indeed, towards the end of The Great Partnership, Rabbi Sacks presents several traditional “proofs” for God’s existence. One of my favorite is the revised cosmological argument. It turns out that “the entire physical universe, from the largest galaxies to the smallest particles, is governed by six mathematical constants…. Had the value of any of these constants been different by a small, almost infinitestimal degree, there would have been no universe capable of giving rise to life.” In other words, it “all seems too precise for it to have happened by mere chance.”

In other words, the argument is a decent one, but it remains an argument, not a proof. Other arguments – based on history or science – are likewise not proofs in the mathematical sense of the word. They are perhaps “intimations” of God’s hand, as Rabbi Sacks puts it, but not irrefutable evidence.

Why, then, live a Torah life? Because, as Rabbi Sacks argues in this book, no other life is more beautiful, more noble, more godly. In other words, Rabbi Sacks seems to be saying, if Judaism (or religion in general) can inspire such nobility and “goodkeit” in man – and Rabbi Sacks attempts to convince his readers that it does – is it really necessary that the cosmological argument for God’s existence be irrefutable?

Rav Samson Raphael Hirsch adopted a similar strategy in the 19th century. One will rarely find arguments for God’s existence or the veracity of the Torah in his writings. But after reading the Nineteen Letters or Choreb or many of his essays, it almost – strangely – doesn’t matter. The effect of his language and ideas is such that one wants to jump on board. If that’s Judaism, sign me up! Who, but a fool, would discard such a brilliant diamond?

The Great Partnership is ostensibly about science and religion. Rabbi Sacks indulges this topic a bit, arguing that “they are different intellectual enterprises.” Science, he says, “is about explanation. Religion is about interpretation. Science takes things apart to see how they work. Religion puts things together to see what they mean.” He also makes the intriguing (disturbing?) suggestion that the Torah – unlike science – does not aim for logical rigor per se. (This, he argues, may be why Hebrew lacks vowels and is written from right to left, requiring us to use our holistic right brain as opposed to our more analytical left brain.) Finally, Rabbi Sacks affixes an appendix to the book with passages from such personalities as the Rambam, Tiferes Yisrael, and Rav Kook that tackle topics like the age of the universe and evolution. 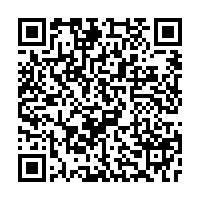