This is a remarkable book to assist those of us – and that means everyone – who are trying to find our way in life, with all its setbacks and pain, as well as for people who want to help people.

The first adjective that comes to mind about the author is charisma with a capital C. Dr. Shulem was born in San Francisco in 1941. He came to Israel in 1960, served in the army, lived on a kibbutz and attended Hebrew University studying social work. In 1973, he returned to the U.S. to obtain a doctorate in psychology and social work, returning to Israel in 1978. Originally secular, he and his psychologist wife Yehudith, became Orthodox Jews and raised five sons. He has a private practice in Jerusalem, and supervises and teaches on issues of Torah, short-term solution-oriented therapy, family functioning and parenting; and conducts workshops throughout Israel, Europe and the U.S.

Dr. Shulem has the rare skill of finding simple solutions to complex issues. His brand of therapy is not to listen passively as patients narrate their problems. He sees his role as making people aware of the power they have to change their lives while helping them develop self-discipline. Often he does this through Chassidic stories and lots of humor. Despite his haredi “uniform,” he still has a California twinkle in his eye and he treats clients across the whole spectrum of ultra-Orthodox to completely secular.

The Jerusalem Formula is, basically, a form of talking based on positive religious vocabulary and actions; aimed to help unhappy kids, couples with marital or parenting problems, singles who feel “lost” and people suffering from depression, anxiety or anger.

It does not aim to treat severe addictions or mental problems that require hospitalization, long-standing incest or ongoing severe violence.

Dr. Shulem defines the first principle of the Jerusalem Formula as the gifts of speech and freedom of choice. His second principle is that of uniqueness – one size does not fit all; and that speech is defined by its outcome, not by its intentions. Despite people being as different as circles and triangles, he believes they can communicate; illustrating it by recounting the story of a mandated client who had been sent by his headmaster for getting into fights at school. He had dyed green hair, rings in his nose and ears, shirt open to the navel and oversized sports shoes. He sat opposite Dr. Shulem – with his beard, black kippah, long-sleeved white shirt, straight black pants and shoes, and Dr. Shulem heard his unspoken thoughts loud and clear: (1) Drop dead; and (2) Can I go already? The case history related is quite riveting, like most of the case histories liberally spread throughout the book.

There are ten principles outlined in the book, including that aspirations are better than problems; positive questions evoke positive information; character is achieved through self-control; anger is smoke while the fire is always hurt. The final principle encompasses the fact that a helping relationship can be accomplished by almost anyone who is co-operative, positive, flexible and believes in things not measurable.

The second part of the book deals with Understanding Psychology – what it is and what it isn’t. Part three is a complete transcript, verbatim, of four sessions that helped a woman, fictitiously named Dalia, who came for help after 25 years suffering from anxiety and self-criticism. It makes fascinating reading.

The fourth and final part of the book summarizes the basics for religious helping quickly. There is also a letter to non-religious therapists about Israel; a bio of the author and an article written about him by Joel Rebibo titled “That Reminds Me of a Story.”

This is not a “preachy” or judgmental book. It is impossible to read it without finding your own problems or weaknesses reflected in at least one of the many case histories; and perhaps gaining insight into how you can live your life more effectively and successfully. 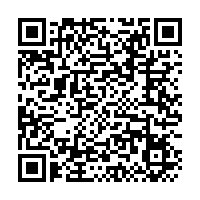