There’s a Shark in the Mikvah is a literary watershed. While there are many books about the halachic importance, spiritual influence and nitty-gritty about women’s ritual immersions, there hasn’t been a light floaty-like book about the adventures and misadventures of mikveh going.

What do you do when you need a mikveh in a strange town?

How do you dip when the water is freezing?

What if you find a lizard in the mikveh?

What if you need to be at a wedding on mikveh night?

An ideal gift for a new kallah or a ba’alat teshuvah or an old pro. There’s a Shark in the Mikvah is made up of first person humorous accounts by women, their husbands and mikveh ladies about performing this timely mitzvah in town, out of town, in the ocean, on Friday nights while trying to remain inconspicuous and sometimes not succeeding.

Although the book is a light, and not to be taken in anyway as a halachic, treatise, there are some poignant moments and you may just learn a thing or two.

There’s a Shark in the Mikvah is a humorous book about a serious subject. A good primer on knowing what to expect, expecting the unexpected and knowing you’re not alone when things don’t go exactly as planned.

Written by two American ladies living in Beit Shemesh, it’s an ode to women who have to juggle family, community and a myriad of responsibilities while discretely slipping out to the mikveh – if they can find it, it’s not locked and there’s nothing inside but warm water.

Available at Amazon.com or in Israel by emailing: sharkinthemikvah@yahoo.com

Holocaust Survivors Represent the Light that Illuminated the Darkness 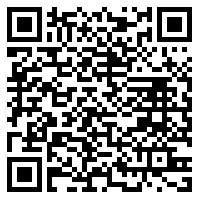