The Diversity of the Divine
By Rabbi Charles Grysman


Are you planning for the coming year to study the Torah portion each week? There is a new book that will help you keep your promise to yourself: The Diversity of the Divine: Rabbinic Insights into the Richness of Torah, a collection of eight centuries’ worth of up-to-the minute commentaries by Rabbi Charles Grysman.

For each weekly reading, Rabbi Grysman begins with a synopsis of the Torah portion, followed by a focus on a major issue. For example in Bereishit, he studies the nature of the husband/wife relationship. At the beginning of Exodus, Shemot, he analyzes the significance of removing shoes before encountering holiness, as Moses does at the burning bush. We learn from this episode how to develop morally and how to rise to spiritual heights. It’s intriguing to find the meanings involved in removing one’s shoes: feeling others’ pain – those without shoes are cut by sharp stones; removing oneself from the material world; depending for security only on G-d.

The sources are excerpts from commentaries, which Rabbi Grysman provides in Hebrew, then in graceful English translation. His analyses bring out the profound meanings in the Torah verses. Here is “the richness of the Torah” that he promised in the title.

He adds another dimension by giving a short biography of each commentary that he cites in a chapter. You will find, for example, that Rav Yosef Bekhor Shor was a Tosafist (he explains “Tosafist” as well) who lived in the twelfth century in northern France. The Netziv is an acronym formed from the first letters of (Rav) Naftali Tzvi Yehuda Berlin, the head of the yeshiva in Volozhin in the nineteenth century. Rabbeinu Chananel was a rav in North Africa in the eleventh century. These are three out of seven capsule biographies at the end of one chapter; in some chapters he give background for as many as 15 commentaries.

In addition to ordination, Rabbi Grysman has a doctorate in education. His attentiveness to the student shows when he explains terms whose meanings we should not assume “everyone knows.” He tucks in pertinent comments on current preoccupations, referring in his notes to Carol Gilligan and Rav Chaim Sabato (rosh yeshiva and novelist; I’m following Rabbi Grysman’s approach of giving complete information!)

The work is available through www.levinejudaica.com in two hardcover volumes, or in five paperbacks enclosed in a slipcase. It will be valuable for your own learning, helpful in preparing a d’var Torah, and meaningful as a bar/bat mitzvah gift. 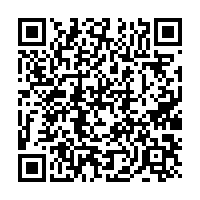