Fatah invited Russian TV (RT) last week to a rocket production facility to witness and film the actual production of new rockets. Fatah’s military wing, the Al-Aqsa Martyrs’ Brigades, depleted its reserves while taking an active part in the Gaza war alongside Hamas, firing rockets at Israeli towns and cities:

“The moment the war ended, the Palestinian military wings renewed military production in order to replenish the stock, which was emptied during the war,”  according to an Arab journalist for RT, quoted by Fatah on its Facebook page.

A Fatah video, as seen below, shows Fatah members at work producing new rockets, and a masked Fatah terrorist explained, “We are preparing and developing rockets in the productions’ division of the Al-Aqsa Martyrs’ Brigades – Al-Asifa Army following the ceasefire agreement in preparation for the coming battles.”

The Palestinian Authority does not want another cease-fire unless it has plenty of rockets on hand to make sure that the truce is temporary. Terrorists in Gaza, like those in the Judea and Samaria who received thousands of rifles from Israel in the 1990s to keep the peace as part of the Oslo Accords, never store their weapons for a long period of time. Their idea of “defense” is to use them to attack Israel, whose existence is considered an offensive act.

The journalist added that Fatah is making rockets because the partial blockade imposed by Israel and Egypt interferes with efforts to smuggle weapons into Gaza.

Of course, Israel could put an end to all smuggling simply by removing the maritime blockade. Then, Fatah, Islamic Jihad, Hamas and all of the other terrorist groups simply could bring in weapons at will in response to the “humanitarian gesture” by Israel.

Fatah’s activity in the war, in which it lost 17 times more members than those identifying with Hamas, is a sign that Fatah and Hamas have achieved unity in the area of terror, if not on the diplomatic front.

A Sept. 10 Fatah post, translated and published by PMW, quoted the RT reporter as stating. “We are visiting the Al-Aqsa Brigades – Al-Asifa Army (i.e., Fatah’s military wing)… where fuel for rockets and mortar shells is being produced.”

An Al-Aqsa Martyrs’ Brigades fighter added, “We are preparing and developing rockets in the productions’ division of the Al-Aqsa Martyrs’ Brigades – Al-Asifa Army following the ceasefire agreement in preparation for the coming battles. During the last war, we fired rockets at the Zionist enemy. We have notified the enemy that we have many more [rockets]. We have also successfully developed the K-132 rocket, which is here beside me.” 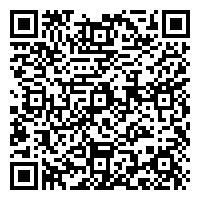