End the Madness: Guide to the Shidduch World

Chananya Weissman wrote End the Madness as though he were in a one-to-one conversation with each reader. This approach guarantees a lively reading experience as his personality comes through on every page. He is intelligent, caring, knowledgeable, original, and has a sense of humor. He knows the foibles of the observant community. He delineates all the ways we hurt single young adults with poor advice, arbitrary rules that impede a natural, non-pressured meeting of a man and woman, and a shidduch “system” that is no system at all and hurts innocent people who trust it.

In the KAJ community in Washington Heights older members recall the arrangement of seating at shalosh seudos in the ‘40s and ‘50s; young men sat on one side of long rectangular tables, young women on the other side. They listened to a d’var Torah from Rav Breuer, but also had the opportunity to chat among themselves. A number of marriages resulted from these casual meetings.

People who remember life in Europe before WWII report that a wedding or a sheva brachos (in Latvia and Lithuania; I don’t know what the customs were in other countries) was considered the perfect setting for young people to meet. The guests were relatives and friends of the bride and groom, a carefully chosen group. The tables were rectangular, to enable conversation to flow more readily than it would at circular tables. What could be better than one wedding leading to another?

But we now have obstacles that prevent these happy occurrences. Young people returning from a year or years of Torah learning in Israel are warned by their teachers to avoid co-ed gatherings. At the same time they are told to do their hishtadlus, endeavors, making an effort, while having bitachon, trust in Hashem. Weissman’s analysis of the confusion involved here is masterful, and an appropriate ending in the final appendix of his book.

Of course it is disingenuous to tell a person from a non-rabbinic, non-rosh yeshiva home to make an effort. The rosh yeshiva and his wife, the head of a seminary and her husband, call each other to ask for a recommendation of a match for a son or daughter. What exactly should the non-connected young people and their parents do?

Read Weissman’s Chapter 6 in “The Solution” half of the book, and sign up for his thoughtful site, www.hotkiddush.com/signup.php. It combines the virtues of meeting at a kiddush where a select group has been invited, and the possibility of meeting many new people. Here he fulfills the promise of his cover illustration: instead of being on a roller coaster headed nowhere, one can grab the parachute of his book and eventually proceed to the chuppah.

But there is one large caveat: Weissman is angry that single women receive sympathetic attention, while a man who is in his thirties and not married is regarded with suspicion or worse. His diatribe against single women shows no understanding of the difficulties that they, like single men, face. Chapter 6 in “The Problem” portion of the book, and pages 189 through 205 in the Appendix, are full of negative opinions and totally differ in tone from the rest of the book.

But despite this, Chananya Weissman’s intentions are good, his proposals are excellent, and our concerned community must pay attention. 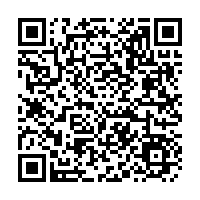