Far from the flying missiles and mortar shells, Canadian Israeli philanthropist David Azrieli has passed away at the age of 92.

Best known in the Jewish State for the landmark three geometric-looking towers in Tel Aviv that bear his name, Azrieli died in Montreal at his country home.


A man with a lifelong love affair with the Zionist State, Azrieli was a member of the Forbes’ billionaires’ list, with a net worth of $2.9 billion.

But he spent millions on tzedaka – charity – and his family donated $100 million in various funds over the past 23 years alone. The Azrieli family has pledged to match that in the coming five years.

Born in 1922 in Poland, Azrieli was 17 when he fled the Nazis, moving east to join the Polish “Anders” Army in Bukhara. Together with his new host “family” he moved into Iran and then to Baghdad, where two Hagana agents – Moshe Dayan and Enzo Sereni — persuaded him to switch allegiance and move to Palestine.

Azrieli fought in Israel’s War of Independence with the Seventh Brigade, later going on to attend the Technion and then years later the University of Montreal when he moved to Canada in 1954.

He married his wife Stephanie Lefcort there, and the two had four children together; Rafael, Sharon, Naomi and Danna. It was there in Canada that Azrieli also started Canpro, a real estate firm. But 20 years later he was back in Israel to build a new mall in Ramat Gan, following that with more malls throughout the country.

Owner of more than a dozen shopping malls in Israel, the Azrieli Group also owns 20 percent of the Leumi Card firm, as well as 4.8 percent in in Bank Leumi Le-Israel Ltd. The group also owns the Sonol, Supergas and GES energy and environmental firms.

Last Thursday, his daughter Danna Azrieli succeeded him as chairman of the Group. 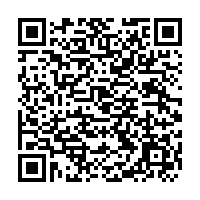