The name Ann Novick will be familiar to Jewish Press readers as the weekly columnist who writes “The Person Behind the Chair” in the Olam Yehudi Magazine section. Novick has just published her first book on an entirely different subject. Behind Prison Walls, a story of innocence and betrayal, recounts the true-life nightmare her daughter Miriam experienced over 15 years ago.

The book is a page-turner and will keep the reader in its grip until the last word.

Miriam and her husband, Daniel, happily married for 10 months, spent Pesach with the Novicks in their hometown far from New York where the young couple resided and then left for a belated honeymoon in France. A picture postcard of the Eiffel Tower arrived with a few lines about the good time they were having – and then the couple disappeared.

The family friend who had gone to the airport in New York to pick them up reported that they were not on the flight, that no one had heard from them, and that there was no trace of them.

It took days to discover that Miriam and Daniel had been arrested. But why? And what could Ann do to help from so far away? To further complicate things, Ann found out from French authorities that Miriam was three months pregnant.

Eventually Miriam’s parents learned that the brother of Daniel’s best friend had asked the young couple to take a suitcase home for him as they were leaving France. Not questioning this longtime family friend, they took the suitcase unopened and checked in for their flight. (This was before 9/11.)

Unfortunately, the suitcase was filled with drugs and no amount of explaining, or the shocked look on the faces of the young couple, mattered. No one believed them. Thus began the nightmare. They were put in prisons in Paris far apart from each other. Neither Miriam nor Daniel spoke French and they had no way to contact anyone.

Ann, however, made contact with the Jewish community in Paris and was able to communicate with her daughter through letters. Most of the book consists of the letters Miriam wrote home during the many months of her incarceration. Ann fills in all the details and takes us along with her as she makes her first visit to Paris.

It’s almost impossible to put the book down as we wonder whether bail will be granted to Miriam and what will happen when the case finally goes to trial. And we hold our breaths to the end as we await the verdict.

Ann’s personal thoughts upon her first visit to her incarcerated daughter will resonate deeply with anyone who has ever visited a relative or friend in jail.

The book is a testament to the great faith of this 20-year-old girl. The deep emunah of Ann and her husband Reuben was deeply planted in their daughter. Her struggles to eat only kosher food and keep Shabbos under the most trying circumstances are moving and inspirational, as is her absolute trust in Hashem.

There are lessons to be learned from this book; among them, says Ann, is to never underestimate what you can do to help others. Don’t wait for large organizations or well-established people to take over. Adversity shows us who our true friends are and sometimes it can come as a surprise. 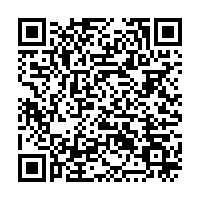