Books have been written outlining the life of Rabbi Shlomo Carlebach and transcribing his deep, moving, and inspiring stories and inter-song comments that he wove skillfully and almost magically into his concerts, but until now no one has attempted to reconstruct the full story of this creative and constructive genius whose equal has yet to emerge and may never be born.

Rabbi Dr. Natan Ophir (Offenbacher) has just written a blockbuster magnum opus about Reb Shlomo that is sweeping in scope and destined to become the definitive biography of a unique personality whose influence on Jewish prayer as expressed musically may be more far-reaching than that of anyone since King David.

Rabbi Shlomo Carlebach popularized excerpts from the prayer book and from the Bible through his captivating and mesmerizing melodies. He inspired a “Nusach Carlebach,” forming the basis of minyanim bearing his name and perpetuating his unique approach to prayer in virtually every meridian of the globe where Jews gather to share their common destinies.

This biography eclipses prior books about Carlebach in terms of comprehensiveness and the placement of each individual event and anecdote in historical and cultural context, with intriguing lists, such as the names of each song Reb Shlomo composed, its English and Hebrew title, its source, and where it can be downloaded and heard on the Internet. This book provides an unprecedented systematic reference and resource guide to Reb Shlomo’s life, influence, songs, and concerts.

It would be an understatement to say that Reb Shlomo was controversial in his lifetime and remains controversial posthumously. This biography deals with the criticism as well as the praise, putting it all in perspective. The difference between most of Carlebach’s critics – and there are many – and his most thorough biographer – who is unique – is that Rabbi Ophir has the documentation to place everything in perspective, and openly shares it with his readers.

This reader’s only criticisms of the book are that its publicity understates its many features by noting that the book has an index. It actually has multiple indices, of songs he composed, and of other categories of fascinating information. The book ends.

Like Reb Shlomo’s music, which continues to ring in people’s ears long after they put down his recordings, the reader wishes the book would never end, and the rabbi’s music would never stop. Actually, his legacy lives on, as described above, and in the book, and by means of the book, and his music is probably being sung, played, and hummed every moment of every day somewhere in the world.

Even the people who knew Reb Shlomo best learned a lot about him from this book that they did not know before. Imagine how much new information about such an exciting, spontaneous, and holy personality the average reader can absorb and savor. 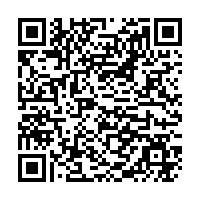