The Secrets They Kept, The True Story Of A Mercy Killing That Shocked A Town And Shamed A Family; By Suzanne Handler; iLane Press


August 1937, Cheyenne Wyoming – Sally Levin, an Orthodox Jewish teenager has been diagnosed with Schizophrenia and her family is preparing to institutionalize her.

On the morning of August 16, the police are called to a remote location outside the city limits where they find Sally and her father, Sam Levin. Both had been shot and Sally was critically injured.

More than 60 years later, Denver Colorado – Suzanne Handler, trying to understand the complex relationship she has with her mother discovers that an aunt she never knew existed had been murdered by the man she called Grandpa Sam.

In The Secrets They Kept, The True Story Of A Mercy Killing That Shocked A Town And Shamed A Family, (iLand Press, 2013), Suzanne Handler chronicles her quest to find out what happened the summer so many years before. Her journey includes detailed explanations of treatments for mental illness in the 1930s and the fate of those imprisoned in state psychiatric institutions.

I found the book very compelling, even though it leaves you with more questions than answers. While you never get a full picture of Sally’s life, you close the book with a deep sense of sadness for the choices she and her father made. 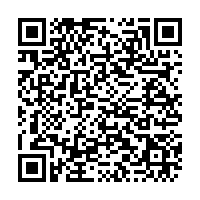