Title: The Borders of Inequality: Where Wealth and Poverty Collide

Behind “the news” there’s almost always a story that isn’t being reported, and certain kinds of phenomenon occur almost simultaneously all over the world in almost every era.

Thus the juxtaposition of Israelis and Palestinian Arabs across several mid-Eastern borders almost equals the disparity between Mexicans and Americans, and quite a few other “hot spots” around the globe.

Moré’s thesis is that it is that disparity of income that helps to create phenomena, such as the smuggling of illicit drugs from poverty-stricken countries such as Mexico into Southern states of Continental U.S., and even from Egypt through Gaza into Israel.

Aside from the occasional rocket attacks and violence aimed at Israel from within the Gaza Strip, and the occasional Suicide Bomber crossing into Israel, the much less publicized story is that a steady stream of illicit drugs are crossing those borders to feed the bad habits of many thousands of addicted Israelis.

Of course, we readily see the vast extent of Israeli compulsion in asocial habits of cigarette smoking and use of chewing tobacco, as well as alcoholic beverages, but the relatively high income of Israelis makes them a target for the importation of illicit and illegal products entering on all sides.

Another aspect of the fluidity of borders are the illegal immigration of laborers for industries dependent upon the unskilled physical laborers, for restaurants, warehouses and other industries not requiring personnel who are fluent in language and other specialized skills. In America they stream across the Rio Grande – in Israel they are flown in from South Asia.

Sometimes the immigration is officially sponsored, such as what The U.S. did to grant immigrant status to many Cambodians and Vietnamese, or Israel gathering in Jews, including Falashas from Ethiopia and the B’nai Israel from India, but often it is not as well publicized as the Cuban emigration to The U.S., or the North Korean emigration to Israel, but the story – including that of Palestinian Arabs and Israelis is never clear cut and often multi-faceted.

In chapter 3 we learn that from 2003 through 2011 the South Central Border unit of the Israeli border police seized 10 tons of marijuana, 14 tons of contraband tobacco, 6 kilos of hashish and 750 grams of heroin, and had arrested 88 people, most of whom are Israeli citizens or Egyptians. Coincidentally, our own country – The U.S. – has a problem with the illegal importation of an hallucinogenic drug, Ecstasy, which is one of the current “Club Drugs” of choice – resulting in quite frequent arrests of American and Israeli drug dealers by both American and Israeli drug enforcement agency personnel, often working in collaboration. 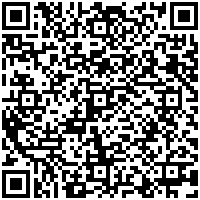