Written by Jewish Press columnist Rabbi Reuven Chaim Klein, God versus Gods: Judaism in the Age of Idolatry covers the numerous incidents in Tanach that relate to avodah zarah (e.g., Rachel and the terafim) with the explanations of various mafarshim.

It also contains an extended encyclopedia on every foreign deity mentioned in Tanach, identifying each one and explaining how it was worshipped.


Rabbi Klein plans on publishing a compendium volume that is more philosophical in nature. He hopes to, as he writes in the introduction, help modern readers understand avodah zarah’s appeal in ancient time. Worshipping a lifeless idol may seem silly, but often a very attractive (immoral) worldview was associated with avodah zarah.

Beyond the Shadows features a collection of photographs by Judy Glickman Lauder depicting the death camps where six million Jews perished. Her photos, often deploying the ghostly reversed-out effect of infrared film, are meant to be personal and expressive.

The photos also serve as context for Glickman Lauder telling the story of the Danish rescue on its 75th anniversary. On October 1, 1943, Hitler ordered the deportation of Denmark’s Jews. In the weeks following this order, an underground network spirited nearly 8,000 people to safety via small boats to neutral Sweden.

Glickman Lauder’s photographs in this coffee-book volume are introduced by a poetic text, written expressly for the book by Nobel Laureate and Holocaust survivor Elie Wiesel before his death.

Fans of the exotic and unknown will probably enjoy Mavericks, Mystics & False Messiahs by Pini Dunner. It covers seven unusual historical tales such as the Shabbetai Tzvi affair, the Emden-Eybeschutz dispute, the conversion of Lord George Gordon, and the Get of Cleves controversy.

It is hard not to enjoy reading these incidents – some of which are well-known; others, less so. It should be noted, though, that Dunner takes extreme liberties in recording the moods and words of his main characters – some of which cannot possibly be known considering the lack of documents from or about the relevant parties. Including such elements livens the text, but it also makes the stories somewhat less than objective history. Ashkenazim are often embarrassingly ignorant of the history and sefarim of Sephardim. ArtScroll’s recent publication of Pituchei Chosam by Rav Yaakov Abuchatzeira, therefore, is a welcome development.

Known as the “Abir Yaakov,” Rav Abuchatzeira – grandfather of the Baba Sali – led his community in Morocco for over 60 years. He was famous for his miracles, caring, and extensive Torah knowledge.

Now his commentary has been translated into English for the first time, filling two volumes and 630 pages. Published in September, Security for the Land of Israel has not received its proper due. Yes, the book was not published by a mainstream publisher and therefore may lack certain professional touches, but it more than makes up for it in content.

This coffee table book – which includes glossy pages and color photos – contains fascinating and intellectually-stimulating excerpts from numerous talks by the Lubavitcher Rebbe on the dangers of Israel entering into land-for-peace deals. Also included are recollections of Israeli officials who discussed land-for-peace with the Rebbe and transcriptions of conversations on the same topic.

Many of the Rebbe’s comments were made 50 years ago, but the could just as easily been said yesterday. For those unfamiliar with the words and opinions of the Rebbe on Eretz Yisrael, this book is essential.

The above summaries are based on information from the publishers and the impressions of Jewish Press editors. 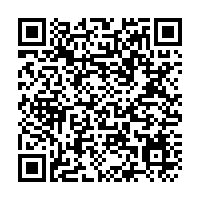