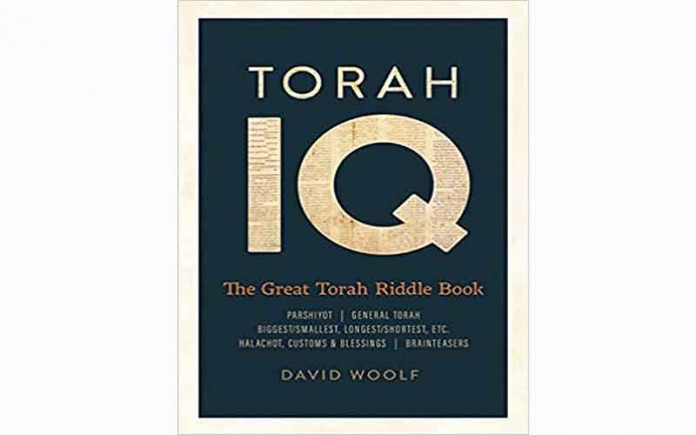 
Torah IQ by David Woolf is a compendium of riddles on the Torah, holidays, festivals and various halachot that will keep your family riveted to the Shabbos table long after the cholent has released its soporific properties.

The book had its beginnings when Woolf was running a youth group on Shabbat mornings in Congregation Bnai Torah in Toronto. Rather than give a dvar Torah to an already saturated day school crowd, he asked them three riddles each week either on Jewish holidays, the parsha or halacha and let the kids shout out the answers. As some of these kids later went on to participate in the International Bible Contest in Israel, Woolf was challenged to come up with some pretty intelligent riddles. Also included at the end of the book are some fairly difficult brain teasers.

After two decades of amassing riddles, the book was finally completed after Covid inspired Woolf (and gave him time) to complete the manuscript.

The book has a plethora of haskamot from rabbis in Canada and in Israel. There are over 1,500 questions. Along with some regular riddles to which you might know the answers, there are many more obscure and fascinating references. For example:

Who was the first person to have a guard dog?

Who were turned into monkeys for their sins?

Name an instance when you would read from the Torah on five consecutive days but none of them would include reciting Hallel.

Who was the first person to study with Rashi?

Where would you be if you appointed a shaliach to light Chanukah candles for you but not recite the blessings?

I’ll give you the answer to two of them:

Kain was the first person to have a guard dog to protect him from people wanting to kill him.

Rashi’s father was the first person to study with Rashi. (Get it?) You’ll need to purchase the book to get answers to the others and many, many other fascinating questions.

The book has something for every age and learning level and is a fun way to learn about the Torah and its mitzvot. Not everyone can write or relate a dvar Torah, but everyone likes and can ask a riddle. Although the questions seem simple, the answers are deep, and explaining them can spark much discussion as well as fun at the Shabbos table.

As Woolf writes, “The development of this book is another example of the links in our chain of tradition; it connected my rebbeim and my teachers who inspired me to value the vast ocean of Torah commentary, with the young participants of the Bnai Torah Youth Minyan who were the main testing ground for many of the questions that appear in the book.”

There is also an overlap of topics. When I mentioned to Woolf that I was disappointed there was only one question about Bnot Tzelaphchad (my favorite story in the Torah), he pointed out that Bnot Tzelaphchad are mentioned in other places in the book. And of course you can add your own riddles.

Here’s one from Noach’s ark (my second favorite parsha): How many fish died during the flood? Answer: None. The fish were spared. So don’t feel guilty about eating your gefilte fish because there are plenty of fish in the sea. (Carp live in freshwater but you get the idea.)

This book is full of trivia but is not a trivial pursuit. Torah IQ is a great tool for parents, Shabbaton leaders, Parshat Shavua teachers, youth group leaders, rebbes, Bible quiz contestants – well, just about everybody. And it makes a great bar mitzvah present!

“Our family Shabbat table, which was always graced with many guests representing the wide spectrum of Jewish observance, was brought alive by discussion of the riddles of the week,” says Woolf. “My hope is that it does the same for the reader’s Shabbat table.” 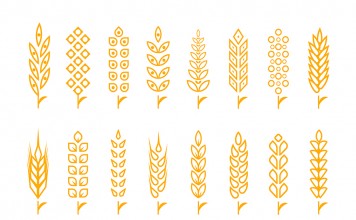 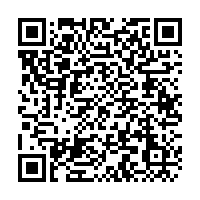