This Rosh Hashanah saw the 93rd anniversary of the Daf Yomi cycle. Now, a tangible reminder of those early years is available for enthusiasts to enjoy.

Few imagined what a global phenomenon would result when Rabbi Meir Shapira of Lublin introduced the idea at the First World Congress of the World Agudas Yisrael in Vienna in 1923. R’ Shapira understood the potential magnitude of his idea. He explained at the Congress:

“A Jew travels by boat and takes Gemara Berachot under his arm. He travels for 15 days from Eretz Yisrael to America, and each day he learns the daf. When he arrives in America, he enters a beis medrash in New York and finds Jews learning the very same daf that he studied on that day. …. Could there be greater unity of hearts than this?”


Today tens of thousands of Jews learn Daf Yomi. Since 1923, the whole cycle has been completed twelve times in communities around the world. There are even apps to make learning easier. Long before the Daf Yomi could be studied online, there were efforts to make studying as user-friendly as possible.

To make it easy for those that wanted to participate, a special edition Gemara was printed for the first cycle of Daf Yomi in 1925. Tractate Rosh Hashana was the first tractate that was published in a special format for the Daf Yomi. It was a small paperback booklet to facilitate carrying while commuting or traveling. Each daf is printed on four pages, with the Maharsha’s commentary. As the publisher explained the format, “For the benefit of the traders who cannot find the time to study a complete daf in one sitting, but want to divide the daf into portions throughout the day.”

In this first edition, as the Daf Yomi was still gaining acceptance, every effort was made by the publishers to explain the process. The opening pages included a chart to track the daily daf. An introduction from the publishers describes that this will enable anyone who missed a day to catch up with ease.

To the delight of Judaica buffs and Daf Yomi advocates, Rabbi Meir Shapira’s personal copy of this tractate is now on sale at Kedem Auction House, based in Jerusalem and specializing in Judaica and Israeli culture and history. Signed with R’Meir Shapira’s signature and stamp, this volume even includes his hand written notes on one page.

It provides a unique window into Jewish history and a reminder that there was a time when even the great Daf Yomi institution had to win over sceptics.

For more information about this unique volume and other items included in the auction at Kedem (or to sell your own antiques) see www.kedem-auctions.com 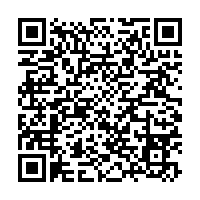