As a sign of his grief over Tzeitl, Tevye tore his shirt and sat on a low stool in Hodel’s house in the traditional custom of mourners. He maintained a stalwart expression to disguise the hole he felt in his heart. His strength came from Golda. She appeared to him in a dream and told him not to worry.

“Don’t be so sad, my husband. Our Tzeitl is fine. She is back with her Motel, and she visits me all the time.”


When Bat Sheva blamed God for being unfair, Tevye reprimanded her for her bitterness. Who was man to complain, he asked her?  God was in Heaven, and they were on earth. A mortal had to accept the Almighty’s decrees in humility and believe that all of His doings were just.

The traditional period of shiva allowed a mourner to express his grief in the comforting presence of family and friends. All during the week, the pioneers of the kibbutz arrived at Hodel’s house to share their condolences with the family. Though none of the members of the kibbutz were religious, the men agreed to make up a prayer minyan so that Tevye could say the mourner’s Kaddish. Since they did not have prayerbooks for everyone, Shmuelik wrote out handwritten copies of the prayers. He also convinced the community that they should all have mezuzahs on their houses. It was decided that Ben Zion’s friend, Peter, would accompany Shmuelik to Tiberias, where he would buy kosher parchment. The quarantine in the city had ended, and Shmuelik was happy to find a thriving religious community in the ancient lakeside enclave. Throughout the rest of the week, the young scholar sat hunched over a table, quill in hand, carefully forming the letters of the Shema Yisrael prayer on the small clafs of parchment which he rolled up into the wooden mezuzah cases that Goliath whittled while watching the children. Though the kibbutzniks had made a religion of denying religion, they all willingly nailed the mezuzahs to their doorways as an expression of their Jewishness, in the same way that they all circumcised and bar-mitzvahed their sons.

Bolstered by his faith that man’s brief existence in this world was but a doorway to an eternal World to Come, and that Tzeitl was truly happy in Heaven, Tevye was able to enjoy the long and often heated discussions which filled Hodel’s house throughout the week. After all, as much as a Jew liked a good sour pickle, he savored a juicy debate. Most often, Perchik or Ben Zion represented the Zionist platform, while Tevye defended the sacred path of the Torah. The striking, white-bearded Gordon also had plenty to say. The philosopher and writer was the oldest member of the kibbutz, and the younger people, including Perchik and Ben Zion, showed him a great deal of respect. In a play on the life of Moses, Gordon would have been chosen to play the lead role. His high, balding forehead glowed red from his work in the sun, his eyes shone with intelligence, and his long, untrimmed beard gave him a prophet’s charisma. But, without a yarmulkah to cover his head, he looked more like a Jewish Tolstoy than the lawgiver of the Jews.

Surprisingly, the kibbutz women were as outspoken in their opinions as the men. In Tevye’s eyes, this breach of modesty was shocking. Ever since the time of Abraham and Sarah, the place of a Jewish woman was in the inner sanctums of the home. In the home itself, a woman could express her opinions from morning to night, but in public, when strange men were present, speaking out like a man was strictly taboo. The young, long-braided girl, Sonia, whom Ben Zion had danced with, was particularly loose with her tongue. Her free-thinking outbursts caused Shmuelik to redden with embarrassment and seek pretenses to withdraw from the room. The girl’s chutzpah particularly annoyed Bat Sheva. Tevye’s daughter would argue with her fiercely, even when she agreed with the things that Sonia was saying. Ben Zion greatly enjoyed their jousts, knowing they were meant to win his attention. Recalling Tevye’s warning in the snow-covered forest on the road to Odessa, the Zionist kept a respectable distance away from the milkman’s daughter, but now and again, he cast her passionate glances which made her believe he still cared. 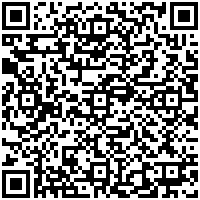