“The time cannot be far distant when Palestine will again be able to accept its sons who have been lost to it for over a thousand years. Our good wishes together with our official good will go with them.

Dan Lavi watched his wife from the kitchen door. Curled up in the deep armchair, her big almond eyes shut, she lost herself in the music from the phonograph. He felt a surge of love in his chest that seemed truly physical to him, like a warm wave in the sea on the Tel Aviv beach. Anna moved her hand gently, conducting as the soloist went into a striking cadenza.

Dan ran the hot water over the dinner dishes in the sink. “This violin is amazing. Even with my tin ear I can hear it. Who is it?”

“You don’t say? I’m supposed to be going to a concert by him this week. Gottfried’s playing with a new orchestra that’s been formed here in Jerusalem.”

“You’re going? What about me? I adore Gottfried.”

“You’re always too busy to join me on these official engagements. I didn’t think you’d want to come.”

“Can I help it if little children get sick and need their pediatrician? But you’re right. I don’t have time.”

He glanced into the living room and watched her reach for The Palestine Post. He knew there were more reasons than he could list for loving her. She was intelligent and beautiful, calm and good. She was a healer of children. She made him a whole person, by bridging his contending identities. Growing up Dan never could recon- cile his desire for the cosmopolitan world his family left when they emigrated from Berlin and his love of the dusty, vibrant, holy city to which they moved. Anna experienced no such contradiction. Though deeply cultured, she loved nothing more than the sun and the sand of the Judean Hills and she was naturally gifted with the candor he and the other Zionists of the Land of Israel cultivated. He recalled his first glimpse of his future wife, in the Widener Library at Harvard, her thumb and finger pinching her chin thoughtfully over a Hebrew textbook. He remembered the note he wrote her in that language, slipping it across the oak desk: Are you interested in a Hebrew tutor? And the words she scribbled on the paper before she pushed it back toward him: Only if he will go Dutch for dinner.

“We could both go to hear Gottfried play, if you’d like. I think Shmulik and Devorah might join us. You and Devorah really did get along like a burning barn.”

“A house on fire,” she corrected. Six years studying in Boston, but Dan was still more comfortable speaking German and Hebrew. He liked to hear his American wife’s laid-back accent and consequently spoke English to her all the time.

“A house on fire,” Dan repeated. “Yes, you got on like a house on fire—for the ten minutes Shmulik spared to attend the reception with his wife. If you think you’ve been busy, you should imagine what it’s been like for him. Every time there’s a terror attack, the Old Man wants to know why Shmulik didn’t see it coming.”

“That’s your fault. The more Jews you bring over from Germany, the angrier it makes the Arabs.”

“You can’t please everyone. Not the Old Man, that’s for sure.” “You’re the only one capable of pleasing David Ben-Gurion. No one else could do what you do in Berlin.”

Dan let the hot water rush over his hands in the sink. Berlin. He shut his eyes. It felt as though the lives of Germany’s Jews were sweeping through his grasp, spilling down the drain where they were forever beyond his help. David Ben-Gurion sent him on regular trips to the German capital as head of the Palestine Emigration Office, a body recognized by the Nazis as part of a deal with Hitler’s underlings in 1933. The Transfer Agreement,  they called it. The Nazis allowed departing Jews to keep most of their property, so long as they left for Palestine. If they went elsewhere, to France or Holland, they were robbed of almost everything. Hitler wanted the Jews out of Europe, where he intended to create his Aryan empire. Ben-Gurion caught hell for signing a deal with the anti-Semites, and Dan was accustomed to being called ugly names by Zionist leaders for his role in facilitating these emigrations. But the Jews he brought to Palestine didn’t get beaten up by Brown Shirts or kicked out of their jobs because of their race, the way their brethren in Germany did. That was what kept him going.

He turned off the water and came into the living room. “Dishes all done.” He wedged himself next to Anna and kissed her silky black hair.

“There’s no room, you oaf,” she laughed.

“I know.” Dan rubbed the back of her neck. “But I hardly see you these days. I didn’t want to be all the way over there.”

He pointed across the room. “On the couch.” She giggled. They kissed.

“How many was it this time?” she said.

“Two thousand. It took a lot of arranging.” He frowned and looked down.

She touched his chin. “I’m sorry. I shouldn’t talk about your work when we were just going to—”

“It’s only that it’s never going to be enough. Never enough.” The telephone rang. It was Shmulik Shoham. “Dan. Is this a bad time?”

“It was a good time until you called,” said Dan. “Go away.” “Fine, fine. The Old Man wants you over at his house right now.

You won’t believe the developments. Absolutely mind-blowing.” “Can’t it wait till morning?”

Anna stretched out on the armchair and picked up a paper- back. “I don’t need you. I have other men in my life. Hercule Poirot will keep me company.”

“I’ll see you in thirty years, when I’m retired.” With a last, lin- gering stroke of her hair, Dan set out into the cool Jerusalem night.

Within five minutes he was at Ben-Gurion’s door. Wiping her hands on her flowered apron, Paula opened it. The Old Man’s wife was a daunting woman, with her hair in a tight bun, petulant chin and suspicious eyes. She was as short and powerful as her husband. Her intimidation was employed to protect him.

“Tea?” she asked. It was somewhere between a question and a command.

Dan stepped inside. “Coffee. Thank you.”

“He’s in the study with Shoham.” She shuffled off to the kitchen. 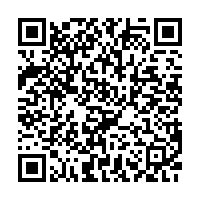