He said in a national security speech that the National Counterterrorism Center sent him an unclassified letter that in effect stated:

Individuals with ties to terrorist groups in Syria attempt[ed] to gain entry into the U.S. through the U.S. refugee program.


Previously, officials have said only that terrorist groups have wanted to exploit the refugee program into the United States.

The report that they actually have tried severely damages President Barack Obama’s campaign to accept 10,000 Syrian refugees. More than half of U.S. governors have said they will not cooperate with the program.

Make no mistake: we are a nation at war. Fourteen years after 9/11, the fight against Islamist terror rages on, and our adversaries have opened up new battlegrounds across the world. Our own city streets are now the front lines.

His words were worlds away from those of President Barack Obama’s address to the nation on Sunday that tried to calm, everyone down but offered no specifics. 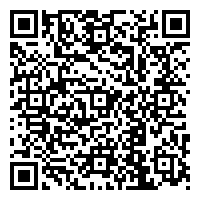