{Originally posted to website PreOccupied Territory, the “Island of Irony” in the Middle East}

Raqqa, December 6 – After years of attempting to directly engage with what it calls the Great Satan in a fateful, apocalyptic showdown, the Islamic State intends to rectify its failure to date to provoke the US into all-out warfare by renaming itself Global Warming in order to convince US President Barack Obama that it must be confronted seriously.


Self-proclaimed Caliph of the Islamic State Abu Bakr al-Baghdadi announced today that the long-sought confrontation with the infidel West can only happen if the Western leadership – at its head the American president – joins the battle. A series of televised hostage executions accomplished little in that regard, and the organization began resorting to attacks on Western targets, either directly or by encouraging local terrorism initiatives. Following last week’s deadly attack in San Bernardino, California, and Obama’s failure to name Islamic terrorism specifically as the scourge to combat, al-Baghdadi said he and his henchmen realized a rebranding was in order, with the aim of casting ISIS in the role of what the Obama administration does see as an imminent threat worth fighting: climate change.

“It is not enough that we traffic in fossil fuels to power our operations,” explained the ISIS leader in a recorded video message. “It is not enough that our signature form of transportation is a fleet of gas-guzzling pickup trucks. We must do more to drive home the urgency with which this confrontation must take place if the End of Days is to come about in our lifetimes.”

“Therefore,” continued al-Baghdadi, “Western angst over whether to call us by our Arabic acronym, or by some bastardized translation, will soon be at an end, for we will take on the name of the force their leadership apparently fears most: global warming. They will have no choice but to fight, for this force represents everything they oppose.”

Baghdadi conceded that it was possible Obama himself would shrink from the confrontation, as he has so far failed to stand up to Putin, Khamenei, and Assad, but that the specter of global warming would terrify others into forcing the president’s hand. “It is their misplaced concern for humanity that will be their weakness,” predicted the leader.

Analysts praised the rhetorical move. “It’s nothing short of brilliant,” gushed New York Times columnist Thomas Friedman. “I have so many misapplied, overwrought metaphors I could apply here, but let’s just say this is Baghdadi taking the fight right to virtual Gettysburg with an exploding tuba. In one stroke, he’s forced the Democrats to choose between their ecological values and their reluctance to fight actual wars properly. On top of that, now that he’s renaming the group Global Warming, continued dithering by the administration will open it to charges of Global Warming denial, which is about as disgraceful an act a left-wing figure can admit, other than support for Israel.” 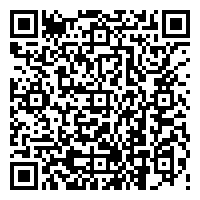