The Jewish community’s largest general B2B event was back this year with a bigger bang than ever, as entrepreneurs from around the world gathered at the Bell Works “metroburb” in Holmdel, NJ, for the 2018 J-Biz Expo and Business Conference. Hedge fund behemoth SkyBridge Capital – with assets of over $12 billion – cohosted the event along with the Orthodox Jewish Chamber of Commerce. SkyBridge’s founder and CEO, Anthony Scaramucci, personally attended the event, delivering the keynote address and advising attendees one on one.

Presenters, exhibitors and attendees came from throughout the United States and Israel. They hailed from all walks of life – Jewish and non Jewish – and spanned all industries. Exhibitors showcased their innovative products and services; attendees forged new relationships; meetings were scheduled and deals were formulated. An array of top-of-the-line business leaders and coaches delivered workshops on every topic imaginable: Real Estate. Amazon and E-Commerce. Digital Marketing. Branding. HR management. Women in the Workforce. And more.

“The collaboration during this year’s J-Biz, and in the lead up to it, is beyond anything I’ve ever seen,” relates Duvi Honig, Founder and CEO of the Orthodox Jewish Chamber and J-Biz. “We had an A-team of partners, sponsors, presenters, exhibitors and attendees. We bridged regions, cultures and industries – making another solid contribution to the economies of the US, Israel and beyond.”

The economic buzz at J-Biz caught the eyes of no less than President Donald Trump and New Jersey Governor Phil Murphy, who penned enthusiastic letters heralding its value to the economy. The president wrote, “This annual event is a unique opportunity for business professionals to exhibit their products, services and innovative ideas.” Referring to DuviHonig, Governor Murphy commented that, “He is truly exemplary of the greatness that we are so fortunate to have characterize the Garden State.” USA Today and other major mainstream media outlets reported on the event, compounding its reach and economic ripple effects.

Judging by the plethora of Israeli entrepreneurs at J-biz, the event made a particular mark on the Israeli economy and US-Israel relations this year. No surprise, given that the Orthodox Jewish Chamber of Commerce has a vibrant Israel branch, which was established late last year, and has held several B2B events in Israel in recent months. Duvi Honig was also invited by Ambassador David Friedman to represent the Chamber at the recent opening of the US Embassy in Jerusalem.

At the heart of J-Biz are the elite business leaders who are eager to share their wisdom and experiences with other entrepreneurs.

Anthony Scaramucci delivered the event’s keynote address to an audience of hundreds in the Bell Works theater. He was introduced by Duvi Honig, who stressed that despite his current elite Wall Street pedigree, Mr. Scaramucci is not a “rich kid,” but was raised by hard working blue collar parents. “Anthony overcame challenges and is always a mentch,” Duvi observed. Duvi relayed that he was in touch with top White House officials the previous day regarding J-Biz and Mr. Scaramucci’skeynote, quipping that this would serve as the twelfth day of “the Mooch’s” career as White House Communications Director. It is noteworthy that Mr. Scaramucci chose to forgo hosting the annual “SALT Conference” of billionaire CEOs this year, and instead sponsored and presented at J-Biz.

The audience was spellbound as Mr. Scaramucci shared behind-the-scenes vignettes of his childhood and incremental entrepreneurial success. He delineated several valuable principles for successful entrepreneurship, including one he learned as a young investor from Hong Kong mogul Li Ka-shing, “Leave money on the table for your partners.”  He then answered audience Q&As on how to apply his philosophy to their own diverse entrepreneurial dreams.

A Hispanic woman presented the final question, wondering how she can overcome skepticism from those around her about her prospects for business success. Mr. Scaramucci pointed to the Jewish community, a nation that has overcome unprecedented persecution and genocide throughout history to achieve historical success in academia and business. “Never listen to the naysayers,” he advised. The investment giant then milled about the expo floor for hours, offering his priceless advice to countless individual attendees.

Mr. Zucker, who serves on the Chamber’s New Jersey and Economic Development Committees, spoke glowing about the Chamber’s mission and how proud he was that Bell Works served as the J-Biz host this year. Mr. Zucker particularly praised the Chamber’s power to connect diverse individuals andcommunities, and, especially, the respect and clout the Chamber engenders among top elected officials. Duvi Honig praised Mr. Zucker’s unique vision and contribution to the world of real estate, and his gracious sponsorship and hosting of this year’s J-Biz.

“I’m very grateful for the opportunity to be a J-Biz sponsor,” remarks Ephraim Arnstein, CEO of BitBean Software Developers, which occupied prime space on the expo floor. “BitBean is about strategic thinking and creating value for our customers, and I feel a certain affinity for Duvi Honig and all of his efforts on behalf of the community.” 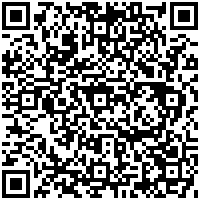