As Israel’s economic ties expand across East Asia, so does the popularity of the Jewish state’s food products.

Costco stores throughout Japan hosted an Israeli food festival last week, featuring pita, matza, Wissotsky teas, Angel cookies, Adafresh spices, Hanasich tahini, and a variety of Israeli wines. The festival was sponsored by the Israel Export Institute and the economic attaché of the Israeli Ministry of Economy office in Tokyo.

“In 2015, the government decided to take steps to strengthen the economic relations between Israel and Japan. The Israeli and Japanese prime ministers held reciprocal visits over the past several years under this framework,” Ohad Cohen, exports manager for the Ministry of Economy, told Ynet. “We’ve seen great interest for Israeli products and technological cooperation from Japanese companies in a variety of fields including the medical, communications, pharmaceutical, and automation fields,” he added.

The initial contacts between dozens of Israeli and Japanese companies has led to over $1 million in exports.

“Over the last several years, Vietnam has greatly developed economically and presents a great opportunity for Israeli industry and food exports,” said Caroline Nevo, the head of the Food and Drink Branch of the Exports Institute. She added that her organization has “seen more interest and demand for Israeli flavors and products in the east, and conversely, we have been expending great efforts to open up markets which will facilitate the entry of Israeli products and fully realize the potential of these markets.”

In addition to the food festivals in Japan and Vietnam, four Israeli wineries — Adir Winery, Morad Winery, Psagot Winery, and Binyamina Winery — attended the China (Guangzhou) International Wine & Spirits Exhibition this year, the largest exhibition of its kind in China.

No Meat? No Problem! 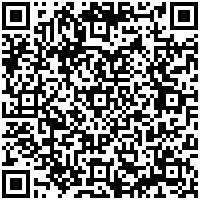