Home Sections Community L.I. Community Dedicates Torah In Memory Of Young Boy
Share on Facebook
Tweet on Twitter
More than 500 people dedicated a new Torah scroll in the Long Island town of Woodmere, N.Y., last Sunday, a little more than one year after the sudden passing of a nine-year-old sent shock waves through the tight-knit Jewish community.

The ceremony began at the home of Rabbi Zalman and Chanie Wolowik, the directors of Chabad-Lubavitch of the Five Towns whose son, Levi Yitzchok Wolowik, passed away in his sleep on a Friday night. Attendees completed the final letters of the holy scroll at the home before parading the new Torah down a stretch of Central Avenue that had been blocked off for the occasion. Throughout the parade route, passersby saw a spirited procession of celebrants dancing to the chords of live music.

Culminating at the Wolowiks’ Chabad House, where more dancing and a reception capped off the festivities, the Torah dedication represented the collective actions of countless individuals over the past year to pay tribute to a young boy known throughout the community as an exceptional student with a kindhearted nature.

More than 700 children from 13 countries across the globe participated in a “learn-a-thon” that saw the young students study Torah in memory of Levi Yitzchok Wolowik and in order to fund the Torah scroll.

“Levi’s soul is perpetuated through this Torah,” said Rabbi Levi Gurkov, a childhood friend of Zalman Wolowik. “Every time a boy reads from this Torah on his bar mitzvah, every time it is used in a holiday celebration, it will stand as a tribute for Levi.”

As a memento of the occasion, each child received a certificate announcing their inclusion in the Torah, and a piece of fabric used in the making of the Torah’s cover.

Miriam Wolowik, the boy’s aunt, said that the family treasured the outpouring of support from the neighbors.

“The entire community showed up,” she said after the ceremony. “Everyone came. It was a beautiful, bittersweet day.”

Shalom Jacobs, a longtime member of Chabad of the Five Towns, said that “the message of the day was one of unity, to stick together through these crazy times.”

His wife, Pessy Jacobs, added: “The community came to show its love and support for Chanie and Zalman. It was very moving to be a part of it.”

Rabbi Tuvia Teldon, director of Lubavitch of Long Island, said that the Wolowiks had inspired people by exhibiting strength in the midst of tragedy. Soon after the passing of their son, they announced a campaign to build a children’s library in his memory. Since that time, the couple has continued work on the Levi Yitzchok Library, identifying a site and finalizing construction plans.

“They took the most painful of experiences and turned it into something really powerful,” said Teldon.

The comment echoed a statement the Wolowiks posted online in the midst of their mourning.

“The only way to confront tragedy, to overcome and persevere,” they wrote, “is to persist with even more energy and more joy.”
Advertisement 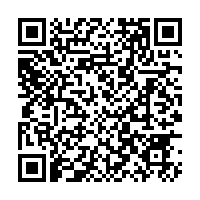