On that day, only men were permitted into the Kiryas Yoel cemetery. The same restriction applied the preceding evening. On Monday, August 13, the cemetery was open exclusively for ladies from 5 a.m. to 7 p.m. Men marking the yahrzeit on Monday of a close relative buried in the cemetery came before or after the restricted period. (Inside the ohel, ladies are restricted from entering the men’s side at all times, even if the chamber is empty.)

Rabbi Aaron’s following in Williamsburg is quite large. He occupies the important pulpit his venerated great-uncle, the Divrei Yoel, founding Satmar Rebbe, established in the 1970s.

In addition to their presence in Kiryas Yoel, followers of Rabbi Aaron maintain an expanding and entirely separate school system along with a number of shuls in Williamsburg that function under his leadership. Both rebbes have widespread followings – in Boro Park, Monsey, Kiryas Yoel, Lakewood, Montreal, Jerusalem, Bnei Brak, and elsewhere.

Rabbi Zalman Leib, Satmar Rebbe residing in Williamsburg, occupies the pulpit originally established by the Divrei Yoel upon his arrival in America in 1947. The successor to that pulpit upon the passing of the Divrei Yoel was his nephew, Rabbi Moshe Teitelbaum, zt”l (1914-2006), late Satmar Rebbe and author of Beirach Moshe. Rabbi Zalman Leib’s following in Kiryas Yoel is considerable and they too have established a growing school system and string of shuls there.

The Asifa and Satmar

The two brothers visited the ohel at different times and held separate yahrzeit commemorative meals. Rabbi Aaron delivered a fiery address in which he proclaimed fealty to every directive of the Divrei Yoel.

The controversy within Satmar with regard to the Asifa – the rally on the dangers of the Internet held at New York’s Citi Field in May – went public when it was reported that Rabbi Aaron not attend while Rabbi Zalman Leib did.

Rabbi Aaron declined to participate because some of the speeches were in English. Rabbi Aaron conducts himself in strict adherence to the psak din resolutions adopted at Michalowitz in 5626 (1865) that separated Hungarian Orthodoxy from other streams of Judaism. The psak din was ratified by the overwhelming majority of Hungarian Orthodox rabbis and was exactingly adhered to by the Divrei Yoel.

One of the tenets adopted at Michalowitz was the prohibition of rabbis speaking publicly in shuls or at Jewish forums in languages other than Yiddish. Rabbi Zalman Leib, together with other leading chassidishe rabbis, felt the enormous threat to Yiddishkeit posed by unrestricted use of the Internet demands that Orthodox Jews unite to fight it. Among the chassidishe rebbes who participated in and encouraged attendance at the Asifa were the Monsey Vishnitzer Rebbe, the Skulener Rebbe of Boro Park and the Pshevorsker Rebbe of Antwerp.

The Daf Yomi Siyum and Satmar

Though agreeing with the importance of the Asifa and its message, many within Satmar, particularly followers of Rabbi Aaron, vigorously faulted Satmar’s participation. If people were permitted to attend the Asifa, they feared, many would feel they could likewise attend the Daf Yomi Siyum HaShas. They felt Satmar must adhere to its principles of separation. They noted that the Kasho Rebbe directed his students and followers to step away from the seating area during the English speeches and that Rabbi Todrus Silber, Yavushna Rav, left his seat during speeches in English, returning only when speakers spoke in Yiddish. They also pointed out that Rabbi Shlomo Leib Weinberger, Satmar Dayan, put his hands over his ears during the English speeches.

The opponents of compromise point to the Siyum HaShas as “proof” that compromise is a slippery slope bringing G-d-fearing Jews to Zionism. They say the invitation to Rabbi Yisroel Meir Lau, chief rabbi of Tel Aviv and former chief rabbi of Israel, is proof of that. The Vishnitzer Rebbe instructed his followers not to attend the Daf Yomi Siyum because of the honor given to the chief rabbi – this despite Rabbi Lau’s being descended from Vishnitzer chassidim and from relatives of Rabbi Meir Shapiro, zt”l, the originator of Daf Yomi. 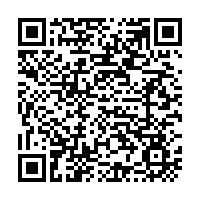