In the Liska Beis Medrash of Boro Park moments before candle lighting time on Erev Shabbos Vayishlach, November 30, Aleksander Sender Friedlander was ennobled by his grandfather, Rabbi Tzvi Hersh Friedlander, fifth Liska Rebbe and author of Chamudei Tzvi, with the traditional placement of a shtreimel on the head of a chassan.


Chassan domeh l’melech – a chassan is the equivalent of a king (Pirkei D’Rebbe Eliezer 17). Our sages declared that a chassan must be respected as a ruling king and, of course, a kallah must be honored as a reigning queen. That is why a chassan and kallah, before their wedding day, must not walk alone but be escorted. The placement of a shtreimel on the head of a chassan is traditionally performed by a person of distinction, such as a chassidishe rebbe, a rav, a rosh yeshiva or a grandfather.

On Sunday, December 2, chassidim gathered at the Tiferes Rivka hall in Boro Park to be part of the kabbolas panim for the chassan. Ladies gathered to welcome the kallah, Esther Miriam, daughter of Rabbi Chaim Elazar Wassertheil, Rimanover Rebbe. The chassan is also a grandson of Rabbi Avrohom Mordechai Safran, Kamarna Rebbe in Jerusalem.

The chuppah was held on a bedecked platform across the street from the wedding hall, in an open area ordinarily used as a parking lot. The Liska Rebbe, as mesader kiddushin, officiated, imbuing the joining of two chassidishedynasties with sanctity and blessing.

Singing and dancing erupted as the chassan and kallah were escorted into the wedding hall after the meal. The mitzvah tantz honoring the kallah by the chassidishe rebbes, fathers and grandfathers included, was a picture of joy and ecstasy. 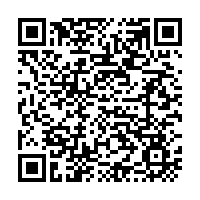