There are many magnificent sukkahs throughout the world and Boro Park has a large number of them. Most renowned are those of Munkatch and Bobov.


The Munkatcher Sukkah, on 14th Avenue between 47th and 48th Streets serves not only as a Yom Tov citadel of chassidic rapture, but as a portal to the world’s great synagogues of the past, many of which are still in daily use.

Over the past ten years, a total of 150 enlarged professional photographs have adorned the Munkatcher Sukkah and simultaneously served as major contributions to the knowledge and appreciation of Jewish history, all taking place in midst of a brimming chassidishe setting.

To enhance the Munkatcher Sukkah this year, the Rebbe, along with world-renowned synagogue photographer Joel Berkowitz, and Cantor Eli Isaac (Robert) Vegh, selected 12 exquisite 20×30 portrait photographs that date as far back as the third century CE.

The Munkatcher Sukkah will present a visual display of the following important shuls:

● The Ancient Synagogue at Kfar Bar’am, Galil, Israel, constructed in the third century CE. Its elaborate structure is built of big and beautiful basalt stones. It was built in the third century CE during the Mishnaic and Talmudic period in which the Jews flourished in the Galilee. The facade of the shul, which remains almost complete, is magnificent. It has three doorways and the middle one is especially large and beautiful. These gates, which face Jerusalem, are decorated with beautiful stone carvings.

● Beis Pinchas Shul, Isle of Djerba, one of the oldest Jewish communities in the world;

● Etz Chaim, Larissa, Greece, built in 1800. The shul alone remains of seven that existed before the Holocaust and currently serves the community’s 350 Jews. During the German occupation, many Jews fled to nearby mountains from where they fought as partisans. The rest were deported to Auschwitz.

Inside and Outside the Florence Shul

One of the highlights this year is an interior and exterior photo of the shul in Florence, Italy, considered by many to be one of the most beautiful in the world. The Munkatcher Rebbe was especially interested in the shul, completed in 1882. Considered a masterpiece of design and detail, it is one of the very few great European synagogues that survived the Nazis.

During World War II, the shul was used as Nazi headquarters and command post in Italy. Hitler ordered the synagogue to wired with explosives when the Nazis had to evacuate. He stood on a nearby bridge because he wished to witness the destruction of the shul. Through Heavenly design, relay switches failed and he furiously ordered the demolition crew to go back and correct the wiring defect, but was told that Allied troops had already taken up positions and that returning to the synagogue was impossible.

The shul today continues to serve the Jewish community with services three times every day.

Eli Isaac (Robert) Vegh of Lawrence is well known in the world of chazzanus. In addition to being a real estate financier, he is the chazzan for the Yamim Noraim at the Avenue N Jewish Center in Flatbush.

Eli has developed an exceptionably warm relationship with the Munkatcher Rebbe and shares his vacation experiences and shul photographs with him. The Rebbe, who has always had an intense interest in older shuls, asks a myriad of pointed questions, with a focus on whether the shuls continue to maintain traditional Torah practices and values and what their communities are like today. 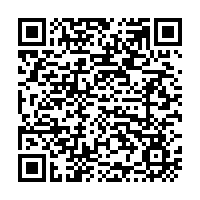