Every year the worldwide Satmar community celebrates the Holocaust rescue of Rabbi Yoel Teitelbaum, zt”l (1886-1979), founding Satmar Rebbe and author of Divrei Yoel. He was succeeded by his nephew, Rabbi Moshe Teitelbaum, zt”l (1914-2006), Satmar Rebbe and author of Beirach Moshe. He, in turn, was succeeded by his two sons: Rabbi Aaron and Rabbi Zalman Leib.


This year the celebrations will take place on Tuesday night, December 4, the eve of 21 Kislev.

The location of the commemoration by followers of Rabbi Zalman Leib Teitelbaum, Satmar Rebbe and younger successor to the Beirach Moshe, had until recently been undetermined. Multiple articles in the weekly Yiddish newspaper Der Yid waxed loud and rousing about the upcoming celebration, predicting that thousands upon thousands would participate. But the articles failed to identify where exactly the celebration would take place.

In preparation for Satmar’s 21 Kislev celebrations last year, use of the two armories were negotiated between the controlling governmental agencies and both Satmar groups. Accordingly, whatever choice was settled in 2011 would be reversed in 2012. Use of the Williamsburg Armory was the preferred choice but followers of Rabbi Aaron, reviewing weekend traffic patterns and area parking availability, elected to use the National Guard Armory in Crown Heights in 2011 and the Williamsburg Armory in 2012.

Abruptly, in the midst of planning and preparation, the Northeastern U.S. was slammed by Hurricane Sandy. The Crown Heights Armory was mustered into service as an emergency shelter for victims of the superstorm. In addition, emergency equipment being used to help in the post-storm cleanup were parked there in off-hours. Every square inch of space was being used.

The Crown Heights Armory seemed unlikely to be available to Rabbi Zalman Leib’s followers for this year’s celebration. The Jacob J. Javits center in Manhattan was their second choice.

But on November 15, the Crown Heights Armory advised the group that the site would be available for the December 4 celebration and its preparations.

Bright and early on Monday morning, November 19, planners and laborers descended on the armory in order to transform its 60,000 square feet of empty space into comfortable accommodations for the thousands expected to participate in the celebration. Curtains will decorate the walls; extra lighting as well a sophisticated sound system will be installed. A temporary kitchen, bathrooms, as well as enough sinks for all to wash their hands must be in place. Hanging space for thousands of coats must be fitted in, together with the maximum seating space, all within the rules and regulations of the building and fire departments.

Work continues daily so that everything will be in place for the night of the celebration.

All participants at the Williamsburg Armory celebration will receive sefer Mishulchan Melachim Volume II, a compilation of discussions that Rabbi Aaron, Satmar Rebbe, had with chassidishe rebbes, rabbis, and roshei yeshivas who visited him at his home. Their free flowing discussions were recorded and transcribed. The conversations touched all areas of Torah knowledge, including law, customs and lore. The talks were wide and deep, revealing the Satmar Rebbe as a master of halachic development as well as of the histories of chassidishe rebbes. Originally they were distributed weekly in Kol Hisachduseiniu, published by Kollel Atzei Chaim (Satmar) in Bnei Brak. The column was titled Mishulchan Melachim (From the Table of Kings) and was well received.

The first volume of sefer Mishulchan Melachim was published last year, for the 21 Kislev 5772 celebration. The sefer contained comprehensive indexes for names and subjects. Every copy of the 10,000 that were published was eagerly grabbed up. This year’s volume is eagerly anticipated. The first volume encompassed the Satmar Rebbe’s discussions during 5769 (2008-9). 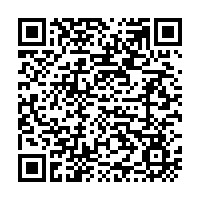