My father, businessman and philanthropist Irving Bunim, z”l, was one of the foremost leaders of American Orthodoxy during its formative years. When he passed away in December 1980, Reb Moshe Feinstein declared, “This is not an aveilus d’yachid [a private loss]; this has the halacha of aveilus d’rabim [a public loss] because [he] represented the rabim of Klal Yisrael [the Jewish pubic].”

After his passing, various books and articles were published about his life’s work. These publications described his multifaceted leadership and his commitment to Torah and Am Yisrael. They highlighted his central role in saving thousands of our brethren in Nazi-occupied Europe through the Vaad Hatzalah and the key part he played in developing the infrastructure for American Orthodoxy as we know it today: his founding of the Young Israel movement and his work in establishing central institutions of Torah education in the U.S., such as Torah Umesorah, the Lakewood yeshiva, and the Rabbi Jacob Joseph School.


Prominently cited were his major support for the Chinuch Atzmai network in Israel, his close personal relationship with Torah luminary Rav Aharon Kotler, and his three-volume commentary on Pirkei Avot, which is still used by the most learned scholars as well as newcomers to Torah. His Perek on the Green classes, which attracted thousands of students every year, were also mentioned. His relationship with many of Washington’s movers and shakers was likewise noted.

However, one central aspect of my father’s life was glaringly omitted in these various write-ups – his abiding love for Eretz Yisrael and for Medinat Yisrael. Just seeing the Israeli flag flying would bring tears to his eyes.

My father dreamed of an independent, self-reliant Israel, with its own army, navy and air force. As far back as the early 1930s he bought land in Herzliya in order to have a chelek ve’nachala (portion and inheritance) in the Holy Land. He donated the land and orchard grove to a moshav, all taxes paid, with the proviso that it observe Shabbat and shemittah.

Perhaps my father’s love for the Land of Israel is best reflected by his long-standing relationship with Ze’ev Jabotinsky, the great leader of the Revisionist Zionist movement. A recently found paper, written and signed by my father, documents some of his activity on behalf of Jabotinsky and the Revisionists.

Following the massacre in Hebron in 1929, he joined Jabotinsky’s deputy in making appeals in synagogues and hotels to purchase arms for the Betar para-military group in Palestine, the youth wing of the Revisionist movement.

“Where we had ammunition, the Arabs didn’t dare to attack,” my father wrote.

When Revisionist activists were falsely accused and indicted for the murder of Jewish Agency official Chaim Arlosoroff in 1933, my father organized a campaign to raise money for their ultimately successful legal defense.

More than a hundred people attended a parlor meeting for Jabotinsky my father hosted in our home in 1940.

“I revere his memory,” my father wrote, after Jabotinsky suddenly died later that year, noting that he had developed “an intimate relationship with Jabotinsky and his co-workers.” He was one of those who later convinced Israeli Prime Minister Levi Eshkol to allow Jabotinksy’s remains to be reinterred in Israel.

In 1940, my father, together with Eddie Silver, who would later become district attorney of Kings County, called a special conference at the Hotel Astor to raise funds for Aliya Bet, the “illegal” immigration movement organized by Betar in defiance of the British White Paper restricting immigration to Palestine.

In 1947 my father organized a rally in Madison Square Garden to raise money to purchase ammunition for Betar in preparation for the War of Independence. He wrote and produced a pageant, “As Long as the Candle is Burning,” for the occasion. The ammunition was transported with the help of the Sacks Brothers in Passaic, who were moving their plant to Palestine.

In those days it was almost unheard of for an Orthodox leader to also be an ardent Zionist. My father was once asked how he could host Rabbi Elchonan Wasserman, leader of Agudath Israel, in his home one day and Jabotinsky the next. He responded: “I love truth: one is a true Torah scholar and the other a true Zionist.” 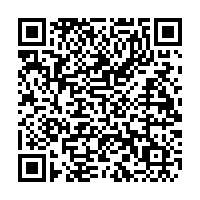