Kohanim ‘Do Not Fly’ Determination

Leading rabbinical authorities in Israel have issued a proclamation prohibiting kohanim from being on planes ascending from or landing at Ben Gurion Airport from 1 a.m. to 2 a.m. The pronouncement is the result of the rerouting of jumbo jets leaving and arriving at that time. Those flights are routed over the cemetery of Cholon. The ruling was issued by Rabbi Nisan Karelitz of Bnei Brak; Rabbi Moshe Bransdorfer, rav of Heichal HaTorah and Badatz Dayan in Jerusalem; and Rabbi Moshe Shaul Klein, member dayan of Beis Din Shevet Levi.


The cemetery in Cholon has been problematic for more than ten years. Kohen protection groups have an ongoing open dialogue with Ben Gurion Airport and similar problems have been resolved in the past. In addition, halachic solutions have been contemplated, including issuing plastic body bags to kohanim that would separate them from their immediate environment. The bags have been determined to be impractical.

It is told of the Vilna Gaon, himself a firstborn son, that he gave five silver coins to every kohen he met, hopeful that one of them would indeed be a genuine kohen, to ensure that he would be redeemed under the rules of pidyan haben as proscribed in the Shulchan Aruch. In January 1999, the Jewish media reported widely on scientific findings identifying consistent patterns in the DNA of kohanim worldwide, distinguishing them from other Jews. Science now supports the longstanding assumption that today’s kohanim are in fact decedents of Aharon HaKohen, proof that the privileges granted and responsibilities assigned to today’s kohanim are not misplaced.

However, kohanim also have special restrictions. They cannot participate fully in funerals, nor can they marry divorced women. As a single male kohen gets older, his pool of potential marriage partners is greatly reduced. Further, if he divorces his own wife, Heaven forbid, he cannot remarry her.

A group of prominent rabbis, many of them kohanim, convened in October 2001 and established Vaad Mishmeres Kehuna, an organization whose express purpose is dealing with contemporary problems confronting kohanim. Since the mitzvah of maintaining and honoring the holiness of kohanim is biblical and obligatory upon every Jew, it is of interest to us all.

The prohibition of kohanim coming into contact with cadavers, or human body parts, extends to cemeteries, funeral homes and hospitals. Airplanes carrying cadavers to be buried overseas also pose great problems for traveling kohanim. In the New York City area, several highways adjoin or travel through cemeteries. Overhanging trees may possibly prohibit kohanim from using these streets and highways. The Boro Park-Williamsburg route is adjacent to the Green-Wood Cemetery, one of the most prestigious cemeteries in the United States. In addition to famous governors, generals, authors, and politicians, Jews too are buried there, requiring serious attention to the permissibility of Kohanim using McDonald Avenue and Fort Hamilton Parkway, the main artery of Boro Park-Williamsburg travel.

Encompassing 478 pastoral acres, more than 600,000 gravesites are presently found in Green-Wood. Recently, two plots were being made available by private parties in its Jewish Section. In fact, the cemetery is non-sectarian. The noted composer Leonard Bernstein (1918-1990) is buried in Green-Wood.

Driving up 20th Street along Greenwood Cemetery, approximately 100 feet from 7th Avenue toward 8th Avenue, one can easily see a monument gravestone that has a Star of David and Hebrew lettering spelling out the name of the deceased, the name of his father. Joseph (Yosef ben Shmuel) Bausch was 47 years old when he died on June 13, 1942 (28 Sivan, 5702), and he was buried in lot no. 31394 on Border Avenue within Green-Wood Cemetery, corresponding to the opposite side of 400 20th Street, which houses a car wash. Several trees have branches overhanging both the street and the gravesite, definitely precluding ordinary travel there by kohanim. The entire perimeter of the 478-acre cemetery poses the potential of the same problem.

The Vaad Mishmeres Kehuna has worked with the cemetery to have those tree branches, and similar problematic branches along McDonald Avenue and Fort Hamilton Parkway, busy thoroughfares used by Jewish commuters, cut in such ways to avoid problems for kohanim.

In October 2001, the problem of flight patterns of planes leaving Ben Gurion Airport and flying over the cemetery in Cholon came to public attention. Previously, since maps of those flight patterns were generally unavailable to the public, a definite determination could not have been made. Those maps became available around that time and were presented to leading rabbis for review.

Where Am I: Uplifting 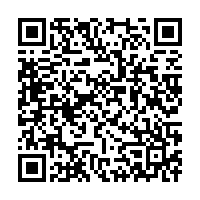