Home Community South Florida Chaya Aydel Seminary To Offer Teachers’ Licenses
Share on Facebook
Tweet on Twitter
The Chaya Aydel Seminary in Hallandale Beach, Florida is renowned for its excellence in higher Jewish education and community outreach. The institution is proud to announce that it has just been accredited to offer teaching licenses to its student body. Licenses will be offered to students enrolled in this year’s program, as well as those who enroll in the future.
Working in partnership with the Central Agency for Jewish Education (CAJE), the seminary, which attracts girls from all over the world, will offer optional courses that will provide enough credits for the students to receive a nationally and globally recognized Jewish Teachers License.
“The Teachers License, in addition to attesting that the students have reached a level of academic excellence, represents the ability of Chaya Aydel graduates to receive higher pay and benefits in Jewish schools throughout the world,” said Rabbi Yossi Lebovics, third generation educator par excellence and principal of the Chaya Aydel Seminary.
Mrs. Rochelle Baltuch, Assistant Executive Director of School and Teacher Services, of the Orloff CAJE of Broward County adds, “We, at the Orloff Central Agency for Jewish Education, are excited and look forward to partnering with the Chaya Aydel Seminary to assist their students in obtaining Early Childhood and Judaica/Hebrew Language Teacher Licenses in conjunction with the National Board of License.”

Potential seminary students for the 2008/2009 school year will be interviewed during the Chaf Bais Shevat weekend, between January 25 and January 29. To arrange an interview, please call 954-746-5533 or e-mail chayaaydelseminary@gmail.com. 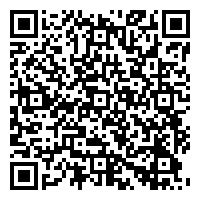