Pinecrest is a suburban village in Miami-Dade County. Although the picturesque town has very little major crime, its police department is always on patrol and encourages residents to call for any matter, big or small. Last week, two officers went into action when notified of an emergency. They were advised that a large iguana was entangled in a chain-link fence. The animal was rescued. His life was saved and he was set free in a local canal.

A press release showed a color photo of the two officers. Pinecrest went into public relations mode. Everyone thought this would be good publicity and show a town with heart.

The charming story soon turned into a different tale. The well-meaning rescue was said to be ill advised. The green iguana that was saved was an invasive species, which causes much damage to the environment, gnaws on electrical wiring, and is a major nuisance to the area.

The iguana population has gotten out of hand in many sections of South Florida. The reptiles are not native to the area. They were introduced around 40 years ago. They resemble miniature dinosaurs and can grow to several feet long. A local biologist and expert on reptiles likens the iguanas to a “plague of locusts.” It has been suggested that releasing an invasive species into the population is actually against the law. It seems the critter should have been euthanized.

There are many times that we act with misplaced rachmanut (compassion). This is true for personal as well as national ventures. It always leads to disaster.

A wife covers for her husband’s hangover. She calls his office and says he won’t be at work because he is ill. She thinks she is helping. She is actually enabling him and exacerbating the problem.

Countries in Europe take in groups of refugees who have no plans to become part of the culture of their adopted homeland. The gesture results in a catastrophic dilemma. Many of these countries become overrun by foreigners with their own agenda. The hosts lose sovereignty in parts of their own nation. It doesn’t matter that they reached out with the kindest of intentions. They are stuck.

Israel shows the world it is willing to make “painful sacrifices” in the pursuit of peace. Israel gave away Gaza, throwing Israeli citizens out of their homes. Israeli leaders thought the gesture would lead to peace (or at least to a diminution of hostilities). Instead it resulted in a new terrorist base abutting Israel. The motives were pure. The aftermath is a calamity.

The human condition often mistakes wishes for reality. We need to open our collective eyes and take a real look. The handling of a myriad of problems – from iguanas to addiction, from refugees to land handovers – have a common theme. Good intentions are not enough.

Israelis Evacuated from Peru Amid Unrest 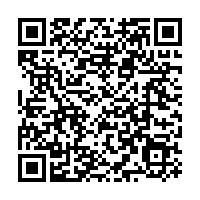