The 6th Sadigur Rebbe, Rabbi Tzvi Yisrael Moshe Friedman, visited with the middle school boys of Yeshiva Aharon Yaakov/Ohr Eliyahu during his recent trip to Los Angeles from Eretz Yisroel. The Rebbe spoke to the students about the power of renewal that we experience during Elul and the Aseres Yemei Teshuvah to vitalize their Torah learning and avodas Hashem throughout the year. The Rebbe was impressed with the students and spoke to many of them about their well-being. Each student received a brachah and a handshake. Sadigura is one of the branches of the Ruzhiner dynasty and was established in the early 1840s by the Ruzhiner Rebbe, who fled Russia to escape persecution by the Tsar. Sadigura has several hundred members in Israel and Europe. 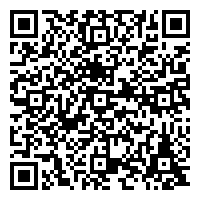