In an article rife with hypotheticals and anonymous threats, Reuters is reporting that European diplomats are frustrated with Israel and are searching for ways to whack the Jewish state hard enough to bring it to its knees.

What is disturbing these nameless, faceless “diplomats”? Why, of course the Goebellsian lie that Israel stole the birthright of the Palestinian Arabs and have been furiously building homes on it in order to deprive those Arabs of their rightful homeland.


There is no other way to explain the constant choruses screeching about “the settlements” and denouncing the building of homes for Jews in what they blindly accept must be the future “Palestinian State.”

What follows is a sentence from the Reuters article. Read it carefully. It is written as if it is simply a claim by the Palestinian Arabs, but the entire rest of the article, indeed, the entire premise of the discussion between the reporters and the “diplomats” accepts the fiction that the Palestinian Arabs are entitled to this future state regardless of how many Jews they kill and, as importantly, how tenuous is their claim. It is simply accepted as a fact, just as it makes clear their belief is that Israel is “stealing” land which is supposed to be in safekeeping for the Arabs.

Palestinians hope to make a future state in Gaza, the West Bank and East Jerusalem. They accuse Israel of building settlements to strengthen its claim on territories captured in the 1967 Middle East War.

Various techniques for bringing Israel to heel are discussed by the nameless chorus of European diplomats. One of which is so clearly contrary to the modern concept of freedom and democracy that it simply begs to be compared to the ancient disregard for law when Jews are the accused that reigned during the Inquisition, the Crusades, and yes, during the Holocaust.

A tool intended to be used to force Jews to submit to the will of the haters is, essentially, a Blacklist of Criminalized Jews, otherwise known as Settlers.

Discussions regarding this Blacklist are allegedly at an early stage, but “officials say the European Union may look at stopping Jewish settlers convicted of crimes from visiting the EU.”

Although the first time the Reuters article mentions this Blacklist it suggests that it will be used only against “convicted” criminals – whatever that means, and convicted by whom? The quote from a diplomat goes even further.

In a statement that should shake everyone who holds civil liberties and presumption of innocence as sacrosanct, this European official lets it slip that they would like to include on the Blacklist whomever someone – who? the EU? B’tSelem? the New Israel Fund? – accuses of a crime.

“The paperwork has been done but it is frozen for now,” said the official.

“It is basically a blacklist of violent settlers who have been accused of or convicted of crimes. It would prevent them from travelling to Europe.” [emphasis added]

In a world where murderers are fawned over and terrorists are given public platforms to describe their evil plans, Europe is deciding that Jews who choose to ignore the implications of the Apartheid Line will be barred from traveling to Europe. Why? because, in the words of one of the many (or was it only one?) anonymous diplomats, “it would send a strong message that the EU means business.”

It isn’t enough that the EU is moving forward with placing the modern version of yellow stars on products made, and scientific institutions operating, in the ancient Jewish homeland of Judea and Samaria. That isn’t enough, because those threats have not yet forced the Jewish State to resume its own vivisection.

One EU country’s ambassador to Israel said “there is a very high level of frustration and there are many instruments at our disposal to make that frustration clear.” Another anonymous senior diplomat described Europe’s patience as “wearing thin” as that vast land mass waits for Israel to become even smaller, so that no more diplomatic dinner parties are sullied by having to talk about the nerve of those Jews.

This Blacklist for Criminalized Jews is just one of several different new measures being considered. Another one is “strictly” applying regulations in an Association Agreement signed between the EU and Israel in 1995. You see, that agreement has a very specific framework for free trade in goods, services and capitals. Everything is dependent upon “respect for human rights and democratic principles.”

The Reuters journalist obviously intended, or was simply reflecting the European diplomats’ jab to suggest that Israel is guilty of failing to respect human rights and democratic principles.

These cowardly anonymous diplomats are prepared to attack and threaten Israel with outrageous and illegal weapons, based on their anti-Semiticly-induced myopia and misunderstanding of history, law and morality. Perhaps Israel should be invoking the Association Agreement’s standard and threaten to withhold its technological and medical advances from those issuing the threats. 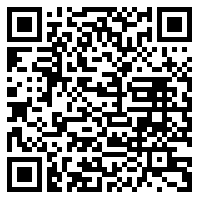