Shul News: Yasher Koach to Emek Beracha, a shul in Palo Alto, CA that has come up with a schedule for everyone to help out a family whose two-year-old son has been in and out of the hospital because of a pool accident. Members sign up on-line to help out. You can sign up for one option that is for hospital shifts or to help at the house to make sure there is coverage whenever needed. The second option includes driving help for all kinds of appointments, errands, shopping, play dates, car pool, etc. People will be called as needs arise following the sign up on-line. Rebbetzin Shaindy Stewart of Westwood Kehilla, in L.A., has come up with a creative Shabbos afternoon program for families. Every Shabbos for three hours, the shul offers exclusive playtime with friends, families and kids in a local school playground. Rabbi Avi Stewart also gives a talk on the parsha each afternoon.


Safety First: Recently, a man from L.A. attempted to cross Pico Blvd. where there was no crosswalk or light even though both were available nearby. The man was hit by a car and luckily his injuries were minor. This incident should serve as a reminder that we must all be very careful while crossing our busy streets. Use intersections and designated crosswalks. With so many drivers in a rush, tired and texting, never assume you are safe. 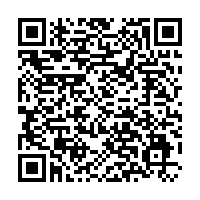