Events In The West: This Shabbos, Rabbi Dr. Jacob J. Schacter, university professor of Jewish History and Jewish Thought and senior scholar at Yeshiva University’s Center for the Jewish Future, is the scholar-in-residence at Yeshivat Yavneh… February 26 is International Agunah Day. Accordingly Bnai David-Judea in L.A. is hosting a program, co-sponsored by YICC, Beth Jacob Beverly Hills, YULA, Bais Bezalel, Happy Minyan, Shalhevet and Westwood Village, entitled, “Preventing the cycle of pain” with Rabbi Jeremy Stern of the ORA, an organization that helps women who are agunot. Alexandra Leichter, Rabbi Paul Gelb and Leah Rosenfeld, a former agunah, will be featured… On February 28 David Feifel is speaking at Congregation Adat Yeshurun in La Jolla. His topic: “The Human Brain, an Owner’s Manual”… On March 1, West Coast Chabad Lubavitch is hosting the 30th Siyum HaRambam in a grand, citywide celebration at the Beverly Hills Hotel.

Skver Visits L.A.: All yearlong chassidic rebbes visit L.A., but none with the entourage of the Skverer Rebbe. On his recent visit, his first since 2006, he was accompanied by close to 300 chassidim. Jews in the La Brea-Hancock Park area housed as many as they could, but 144 of the devotees spent Shabbos dormitory style in Bais Yaakov classrooms that were converted in order to provide them with all their physical and religious comforts. Those comforts included bedside netilas yadayim equipment. Food was brought in for the group and served for all Shabbos meals at Congregation Shaarei Tefilah’s Kanner Hall. The gym at Yeshiva Ohr Eliyahu was transformed into a chassidishe shul, complete with bleachers and huge banners welcoming the rebbe and proclaiming the event’s uniqueness. Hundreds of people attended each Shabbos davening, and more than 1,000 people participated in the Friday night tisch. The rebbe also conducted a special Monday night tisch at Congregation Bais Naftoli. While the community benefited greatly from the visit, it turns out the chassidim took something home with them as well. During their Shabbos afternoon stroll, a group of chassidim stopped to admire the esrogim growing on a tree in someone’s courtyard. The chassidim requested and were given permission to return after Shabbos to pick some of them. They indeed came back after Shabbos and picked the tree bare. So this year on Tu B’Shevat, in addition to esrog jam from Israeli or Yanever esrogim, the residents of Square Town also enjoyed delicious esrog jam from California. 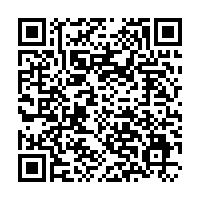